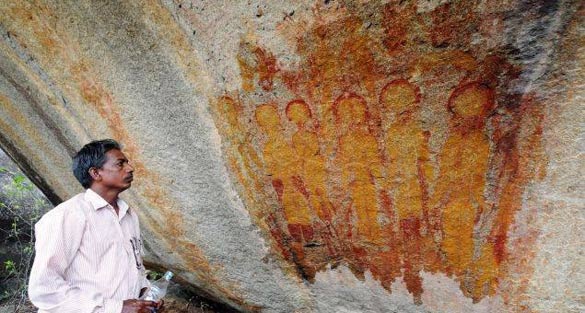 An archaeologist for the state department of Chhattisgarh state in India wants to seek help from NASA and the Indian Space Research Organization (ISRO) to help him identify what he believes to be depictions of UFOs and aliens in ancient rock paintings that are 10,000 years old. 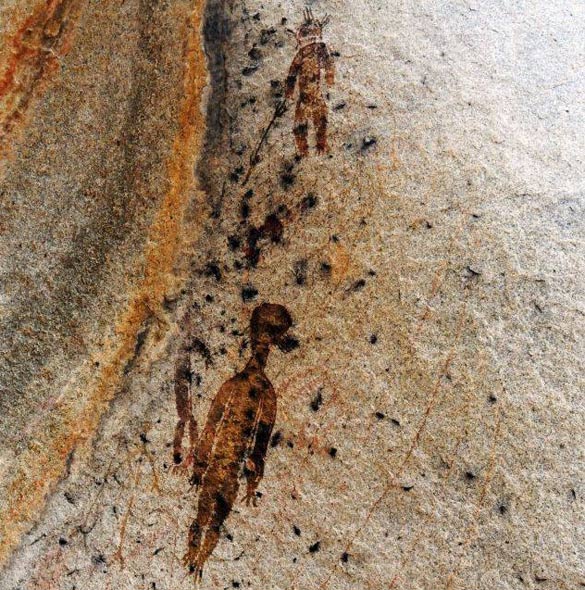 Archaeologist JR Bhagat told The Times of India, “The findings suggest that humans in prehistoric times may have seen or imagined beings from other planets which still create curiosity among people and researchers. Extensive research is needed for further findings. Chhattisgarh presently doesn’t have any such expert who could give clarity on the subject.”

The Indian state of Chhattisgarh has an abundance of ancient rock paintings, according to their website. Many sites have painting of humans and animals in everyday scenes. However, they believe that some of these paintings may include kangaroos and giraffes, and in several sites they believe there are paintings of mermaids.

According to Bhagat, the UFO and alien paintings bear a striking resemblance to those depicted in movies. However, he says that is most likely just a coincidence. He notes, “The fan-like antenna and three legs of vehicle’s stand clearly show a similarity to UFO type craft.”

Bhagat continues, “The paintings are done in natural colors that have hardly faded despite the years. The strangely carved figures are seen holding weapon-like objects and do not have clear features. Specially, the nose and mouth are missing. In few pictures, they are even shown wearing space suits.” 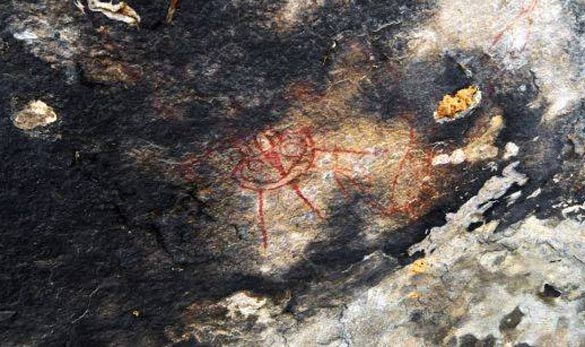 A rock painting that looks similar to a UFO with three legs. (Credit: Amit Bhardwaj/The Times of India)

However, Bhagat does concede, “We can’t refute possibility of imagination by prehistoric men.”

Bhagat says there are some locals who worship the paintings, and there are also interesting local legends about the creatures depicted in the images. He says the locals’ ancestors told stories about beings called the “Rohela people,” which translated means “the small sized ones.” These people are said to come from the sky in round flying objects and take people away, never to be seen again.

The research on the rock paintings is ongoing, and Bhagat says more archaeologists will be consulted to help identify the mysterious creatures and objects in the ancient artwork.