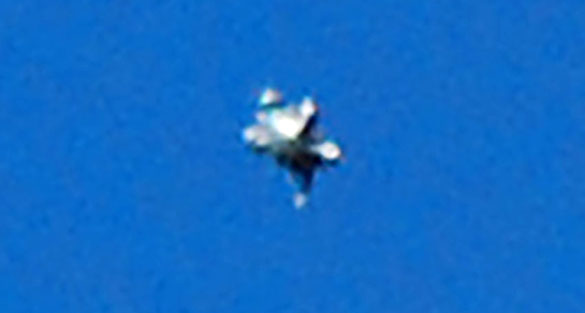 An Arizona witness at Tucson reported watching and photographing a “starfish-like disc” hovering and rotating over his back backyard, according to testimony in Case 81033 from the Mutual UFO Network (MUFON) witness reporting database. 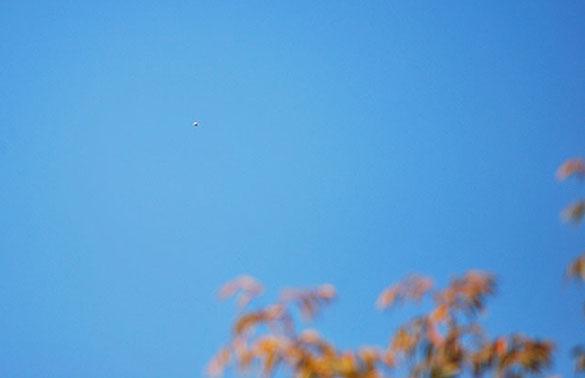 “When I focused on it, I could see that there was something that was metallic and rotating clockwise in a slow, stable, and consistent manner,” the witness stated. “There was no noise at all. I had my phone and tried to take a picture, but the object was too high up for me to get a good shot.” 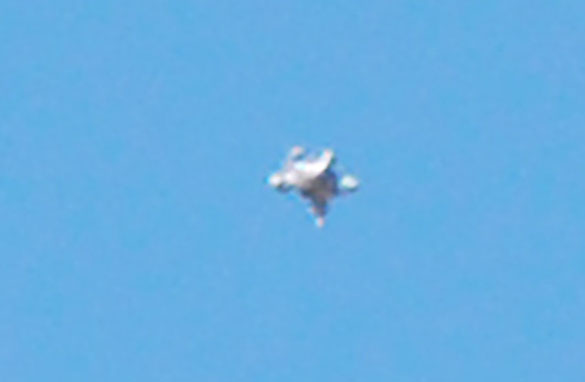 The witness then ran inside to retrieve an SLR camera and quickly changed lenses to a telephoto; then ran back outside.

“It was still there, so I started taking pictures.” 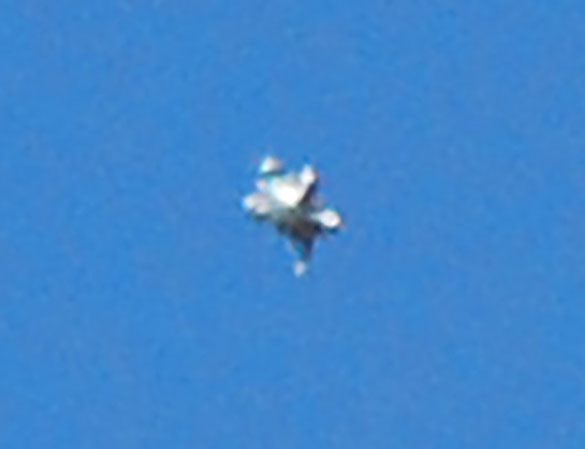 The witness uploaded nine images with his MUFON report, which was filed on December 18, 2016.

“The object appeared and then disappeared from my view based upon how it was reflecting the sunlight. Since it seemed to be several miles away, I had a hard time focusing my camera on it, but I was able to get several good shots.”

After around 15 minutes, the witness was no longer able to find it in his viewfinder or by simply looking in that direction. 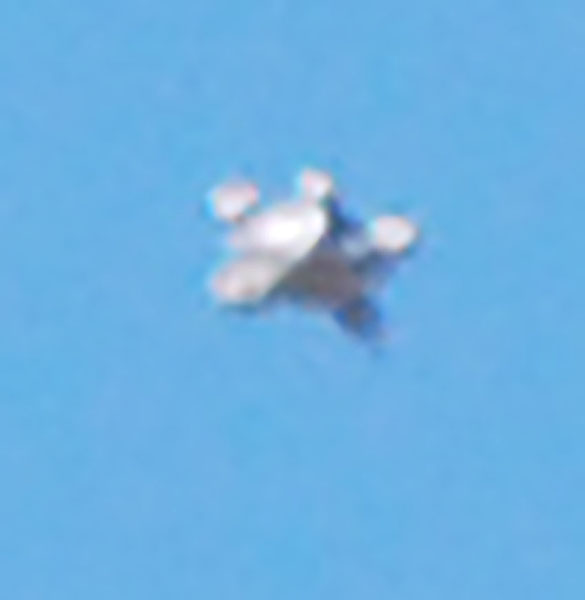 “I got the impression that it exited my view following a consistent northwest path until it left my field of vision. The only thing that was left in the sky was a jet heading from the west to east at approximately the same height. This is an estimate from my vantage point, and I am not an expert so couldn’t say for certain. I also took pictures of the jet for comparative reference.”

State Section Director Diane Gleason is investigating for Arizona MUFON. Please remember that most UFO sightings can be explained as something natural or man-made. The above quotes were edited for clarity. Please report UFO activity to MUFON.com.