Home / Articles / UFO News / Star Trek becoming reality
The fictional universe of Star Trek is getting closer to becoming reality. From warp drive to starships, recent announcements point to the development of this technology. 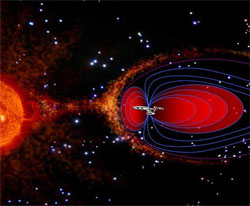 The fictional universe of Star Trek is getting closer to becoming reality. From warp drive to starships, recent announcements point to the development of this technology.

NASA’s Ames Center has apparently embarked on the quest to develop a starship. According to the Ames Center’s website, the center “conducts the critical R&D and develops the enabling technologies that make NASA missions possible. Ames also is a leader in nanotechnology, fundamental space biology, biotechnology, aerospace and thermal protection systems, and human factors research.” Pete Worden, director of NASA’s Ames Center, has announced an initiative called the “100-year starship,” aimed at taking space flight to the next level. NASA has not released any details about the initiative yet, but Worden believes the agency is now focusing on colonizing other planets. As he made the announcement last weekend, Worden went on to say that their efforts will emulate the starships depicted on Star Trek, and they should have a prototype of a new propulsion system in the next few years. 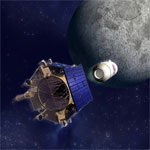 Rendering of the LCROSS 'bombing' the moon. (credit: NASA)

NASA’s LCROSS lunar-impact probe was shot into the moon last year, and previous reports announced preliminary findings of water, but NASA reported yesterday that the mission found nearly a billion gallons of water (in ice form) in a permanently-shadowed crater near the moon’s south pole.

Companies like Boeing and Virgin Galactic are already working on ships that will take people into space, but in order to colonize other worlds, ships will need advanced propulsion systems capable of propelling passengers to those worlds. As mentioned, NASA expects to have a new propulsion system in the next few years. Others are developing new propulsion systems as well. Interstellar flight technology, like Star Trek‘s warp drive, was one of the topics discussed at the 61st International Astronautical Congress in Prague that took place in early October.

But the ship’s engine is just one obstacle to getting people to other planets. Damaging space radiation is harmful to a ship and its crew, so ships would need to be outfitted with something to protect against this radiation. On Star Trek, ships have a deflector shield surrounding them, which keeps radiation from coming in contact with the ship or its crew. Lab testing is underway on a similar concept that would form a magnetic shield around a ship, protecting it from harmful solar wind particles. The details are still being worked out, but this would only be a partial solution, as the ship would still be exposed to gamma rays and x-rays.

And if humans are able to reach another planet to begin colonization, how will they defend themselves if confronted by a combatant extraterrestrial civilization like Stephen Hawking has warned about? In the world of Star Trek, the Phaser is the weapon of choice. It seems the U.S. Air Force has developed its own version of the futuristic weapon. Their PHaSER (Personal Halting and Stimulation Response) was apparently designed initially to cause temporarily blindness, but second laser was added later that is capable of heating up skin.

While much of the technology depicted in the fictional universe of Star Trek is still pure fantasy, the recent developments by NASA and other organizations are bringing some of that technology, and the possibility of colonizing other worlds, closer to reality.