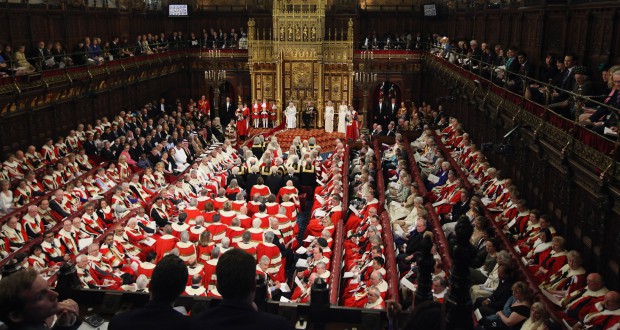 A witness to the UK’s most famous UFO encounter was able to get the UK government to admit they had not released all of their UFO files as they had previously claimed. In December, 2013, in response to a Freedom of Information (FOI) request, they said they had found 18 UFO files they would send to the UK National Archives for public release, but that has not happened yet, and a member of the UK House of Lords wants to know why.

Lord Black of Brentwood, a member of the House of Lords and part of their Information Committee, formerly asked the UK government the status of the release of these files. In a message titled “Unidentified Flying Objects” that was posted on the UK Parliament’s written question and answer page on March 2, 2015, Lord Black writes: “To ask Her Majesty’s Government whether the 18 Ministry of Defence unexplained flying object files that have yet to be released to the public have been passed from the Ministry of Defence to the National Archives; what is their current estimate of when the National Archives will make the files public; and whether the files will be released in a single batch or in multiple batches.”

The 18 files Lord Black refers to were mentioned in a response to a FOI request sent by John Burroughs, a former US airman who was present when multiple military witnesses saw UFOs over several days over two Royal Air Force (RAF) bases that were on lease to the US in 1980.

Burroughs, who has since suffered from health problems that he believes stem from this incident, has fought to get more files released regarding what the U.S. and UK governments know about what happened during those UFO incidents.

In December, 2013, he was told, in a response to his FOI request, that the UK Ministry of Defence (MOD) found 18 UFO files that had not been released in their effort initiated in 2008 to release all of their UFO files. In June, 2013, the UK National Archives claimed to have completed the release of all of the UK government’s UFO files. However, Burroughs was not convinced, and was proven to be right.

Burroughs was told that the files would need to be prepared and sent to the UK National Archives for release. This has yet to happen. In September, 2014, the MOD posted a response to a request similar to Burroughs’, which was inspired by Burroughs’ request, that was submitted by a UK citizen. In it, they again said they had found 18 UFO files that had not previously been released, and again, said that it would take several months to process them.

The MOD wrote: “It is intended that they are submitted to TNA [The National Archives] by December 2104. It is likely that TNA will take around 9 months to process these files before they will be available to the general public but this is considered ahead of the 30 year point which is when most MOD material is usually transferred to TNA.”

Lord Blake’s recent request was answered on March 10, 2015, by Lord Astor of Hever, also a member of the House of Lords, who serves as the House of Lords Parliamentary Under-Secretary for the Ministry of Defence.

Nick Pope, who used to work as a UFO investigator at the MoD, told the Mirror Online: “This massive delay will have conspiracy theorists up in arms. It looks like the MoD is stalling.”

Indeed, it does appear as though the MOD is stalling the release of these newly found UFO files, but why? Pope says, “The suspicion will be that there’s a bombshell in these files and that the Ministry does not know how to handle it.”

These stalling tactics are no surprise to Burroughs, who says he has had a difficult time getting answers from both the UK and U.S. governments.

When he originally attempted to get his health issues addressed by Veterans Affairs, they told him he was not in the Air Force in 1980. Burroughs had to hire a lawyer and enlist the help of Arizona Senator John McCain’s office to get his records corrected. However, they were still unable to get his medical records released.

Burroughs’ lawyer, Pat Frascogna, says McCain’s office said they would likely never get them. Frascogna says he believes they are classified, but for what reason, he is unsure. He suspects it has something to do with Burroughs’ close contact with the UFO in 1980. 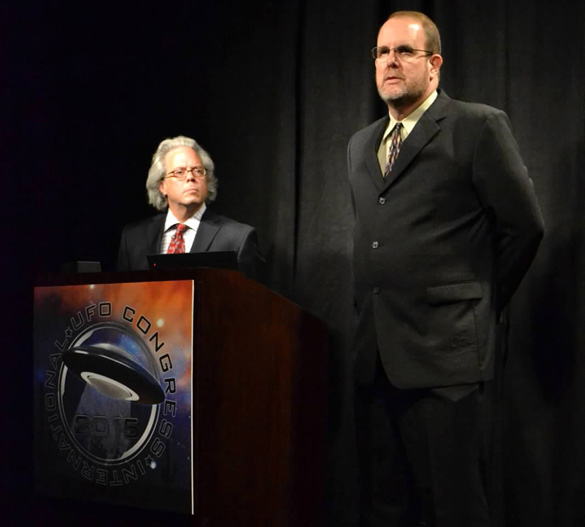 The good news is that Burroughs was able to recently win his battle with the Veterans Affairs department for disability. At the 2015 International UFO Congress in February, Burroughs and Frascogna announced that winning their case is a de-facto admission by the military that Burroughs’ health issues were caused by his UFO encounter.

As for Lord Black’s recent question to the parliament, Burroughs says he does not know why Lord Black submitted the inquiry.

Perhaps, this recent inquiry will get the MOD to move more quickly on the release of the files. However, for some reason, they have not even taken the first step of submitting the UFO files to the UK National Archives. According to their timelines, that means the files won’t be seen until sometime in 2016, years after the initial request.

It is quite baffling as to why the MOD is stalling the release. That the files exist at all is an indication of some major bungling. Is their delayed release due to more ineptitude, or does the UK’s MOD really have something to hide?

For more about Burroughs and his efforts to get information released, see the video below: