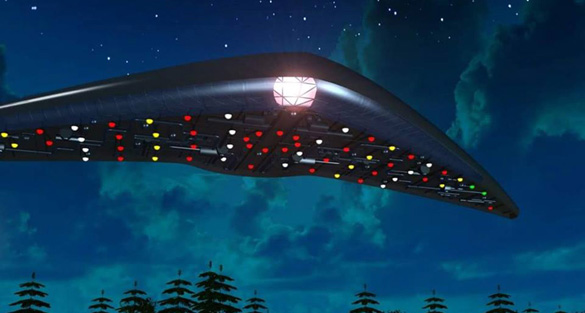 On St. Patrick’s Day in 2006, the police in Nanuet, New York assumed that the high volume of calls reporting UFOs was just the result of too much partying on this festive day. In all fairness to the police, with the amount of green beer and other alcohol consumed every March 17, it wasn’t an entirely unreasonable assumption. However, this sighting involved numerous sober witnesses, and there is also a curious history of mass sightings on St. Patrick’s Day in the Hudson Valley of New York stretching back 35 years.

Has our government been scheduling test flights of exotic aircraft on March 17, realizing that eyewitness reports will be deemed unreliable? Perhaps there are clever ETs who are aware of the holiday—and human drinking habits—and therefore decide that it is the perfect day for some low-level reconnaissance? Or, is it merely an odd coincidence?

When examining the NUFORC database, it quickly becomes evident that, historically, March is not an active month for sightings. Compared to the warmer months, in general, March has just a small fraction of the reported cases. The earliest St. Patrick’s Day report in the database was in 1969, in Odessa, Washington, where a “brilliant metallic, glowing disc-shaped craft with red & blue lights in a circle at the bottom” was seen by over a dozen witnesses for over ten minutes.

Unfortunately, when it comes to one of the most spectacular and pivotal St. Patrick’s Day mass sightings, both the NUFORC and MUFON databases are silent. Due, no doubt, to the fact that the number of reported cases is minuscule in comparison to the actual number of sightings, there are no reports for March 17, 1983; the date that the famous Hudson Valley wave had its first major event. A massive triangular or boomerang-shaped craft hovered over a very busy highway, Interstate 84, stopping traffic and bathing onlookers in a brilliant, white light.

Numerous witnesses that night in towns along I-84 in New York and western Connecticut saw the massive, football field-sized, silent craft hovering or moving extremely slowly. Mesmerized by the size of the object and the multicolored lights, people watched for many minutes as the craft descended so low it was no more than ten feet above the treetops at times. While witnesses ingrained every detail of the spectacular craft in their memories, the “official” explanation for the mass sighting was a formation of aircraft—just some fun-loving pilots playing a prank on St. Patrick’s Day revelers. (It goes without saying that witnesses were insulted and infuriated by this excuse,) 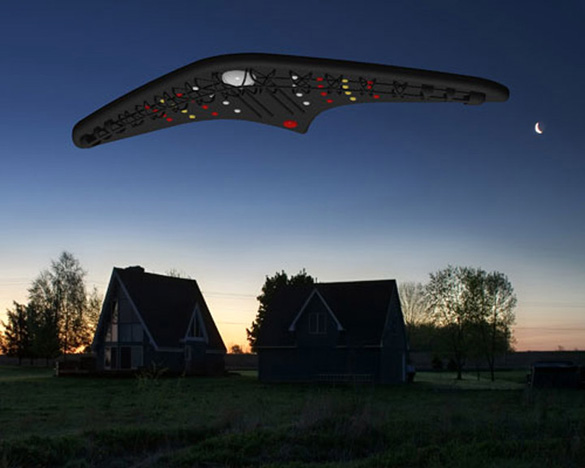 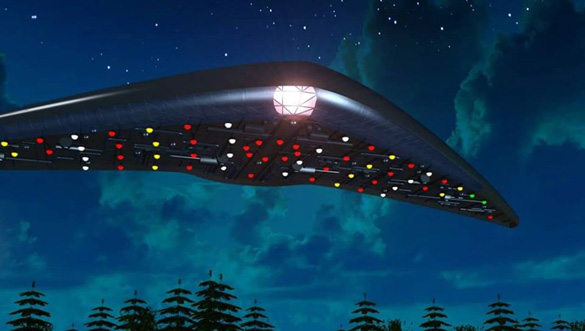 Another March 17 mass sighting occurred in the area in 1988, and this time, NUFORC did receive three reports from Westchester County, NY, summarized below:

This craft—or one that was similar—was also seen that night throughout Rockland County, NY, which is on the west side of the river, across from Westchester County. I can trust the integrity of at least two of the multiple eyewitnesses to the sightings which took place from Stony Point to Pearl River, as in an odd twist it turns out I know both of them. When recently researching newspaper archives for information about this sighting, I was surprised when I found a local article with testimony from someone with whom I attended college.

The other witness, who was an even greater surprise, came forward when I was writing my first UFO book—my husband! I hadn’t yet met him in 1988, and he didn’t share his experience with me until I was well into the project, when he casually asked if I was going to include his sighting, to which I believe my response was something to the effect of, “Say what!?”

These instances just go to prove that you never know who has experienced something strange.
I interviewed another witness to a St. Patrick’s Day UFO in Yonkers in the late 1980s. While it very well may have taken place in 1988, the witness could not recall for sure, and the shape of the craft was very different, so I mention this case separately.

The witness began her description by stating emphatically, “NO, I was not drinking,” as that was the immediate reaction to any sighting taking place on March 17. She described the craft as being “silent, as big as two football fields” with “bright green lights” (which she admitted seemed appropriately Irish!).

Rather than being scared, however, she said that “to be honest, it was beautiful…I loved it.”
This large, eight-sided craft hovered in place for a full 20 minutes, and “it was low enough to see all the mechanical detail underneath it.” The proximity and duration of the sighting allowed her to sketch the craft with its unique structural “wiggly lines” in the gunmetal surface, and the specific placement of the numerous, brilliant green lights. 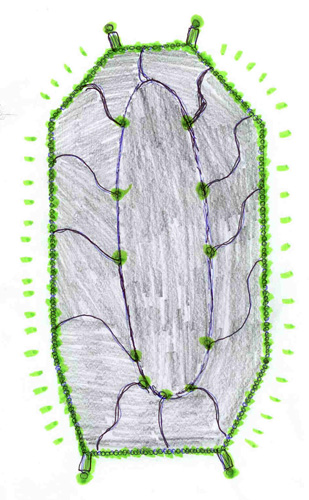 Finally, we return to the details of the 2006 St. Patrick’s Day sighting, which appears quite similar to the 1988 event. The witness and his family saw a large oval with multicolored lights approaching slowly. Of special interest to me in this case, as I have previously written about dogs’ reactions to UFOs, is that the witness noticed that “Dogs started barking all over the neighborhood.” The family watched for 20 minutes as the craft ever-so-slowly passed overhead. Once it had gone, one of the witnesses called the police, who stated they were “getting tons of calls” and assumed “everyone had a lot to drink this St. Patrick’s Day.”

Also similar to the 1988 sightings, there appeared to be a conventional aircraft response to the unusual craft, as the witness reported that for “the next four hours the sky was full of helicopters with searchlights,” although whether or not these helicopters were military or civilian was not indicated. Unfortunately, this case also has something in common with the 1983 sightings, as despite this being one, solid object that made no noise, “The newspapers reported the next day it was likely ultralights in formation.”

There are numerous other St. Patrick’s Day UFO reports from across the country over the past several decades, but none to compare with the three Hudson Valley mass sightings. While the craft varied from triangular or boomerang-shaped, to oval and egg-shaped, to the eight-sided vehicle with green lights, they were all enormous, were brightly lit, and didn’t appear to care if they were seen. In fact, by hovering over major highways and densely-populated towns and cities just north of Manhattan, they most definitely seem to have wanted to be witnessed by as many people as possible.

In closing, the question must be asked: Were these intentionally planned flights by our government, or extraterrestrials, to allow so many people the opportunity to glimpse these remarkable craft on St. Patrick’s Day, or was it all just the luck of the Irish?