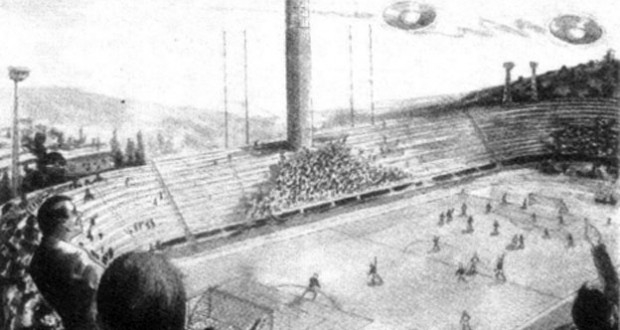 Players and fans at a football (soccer) match were shocked and perplexed when a UFO moved slowly over the stadium.

This incident occurred back on October 27, 1954 in Florence, Italy. Ten thousand fans were packed into the Stadio Artemi Franchi for the match. Then, just after half time, the crowd fell silent as the unidentified object appeared over the stadium. Even the players stopped and gazed at the unusual aerial object.

One of those players, Ardico Magnini, recalls, “It was something that looked like an egg that was moving slowly, slowly, slowly. Everyone was looking up and also there was some glitter coming down from the sky, silver glitter.” He continues, “We were astonished we had never seen anything like it before. We were absolutely shocked.”

Other witnesses describe seeing multiple cigar-shaped UFOs that were “moving very fast and then they just stopped.” 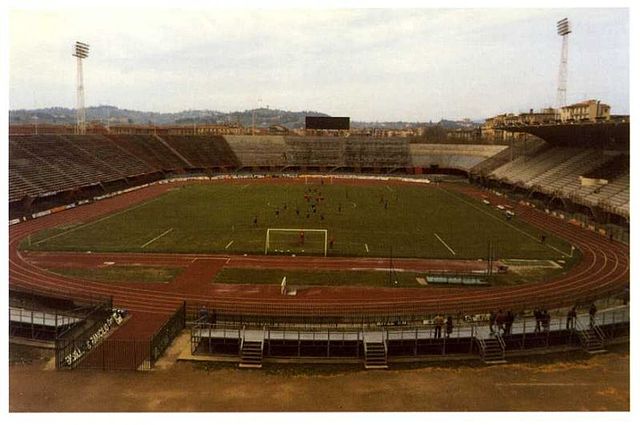 “At the time the newspapers spoke of aliens from Mars,” says Roberto Pinotti, president of Italy’s National UFO Centre. “Of course now we know that is not so – but we may conclude that it was an intelligent phenomenon, a technological phenomenon and a phenomenon that cannot be linked with anything we know on Earth.”

The material witnesses saw falling from the sky when the UFO(s) were present is a strange sticky substance that has been reported in other UFO cases, and is most often referred to as “angel hair.” According to the BBC, multiple witnesses collected samples of this material and delivered it to the Institute of Chemical Analysis at the University of Florence. Spectrographic analysis revealed that it contained boron, silicon, calcium, and magnesium. Aside from its composition, researchers were unable to determine what it was.

But one person claims he can explain this “angel hair” stuff and the 1954 UFO sighting with one word: spiders.

James McGaha, astronomer and director of the Grasslands Observatory in Tucson, Arizona, comments, “When I looked at this case originally I thought perhaps it was a fireball, a very bright meteor breaking up in the atmosphere. They can be cigar-shaped with pieces breaking off. But it became fairly apparent that this was actually caused by young spiders spinning webs, very, very thin webs.” He explains that migrating spiders “use these webs as sails and they link together and you get a big glob of this stuff in the sky and the spiders ride on this to move between locations.” 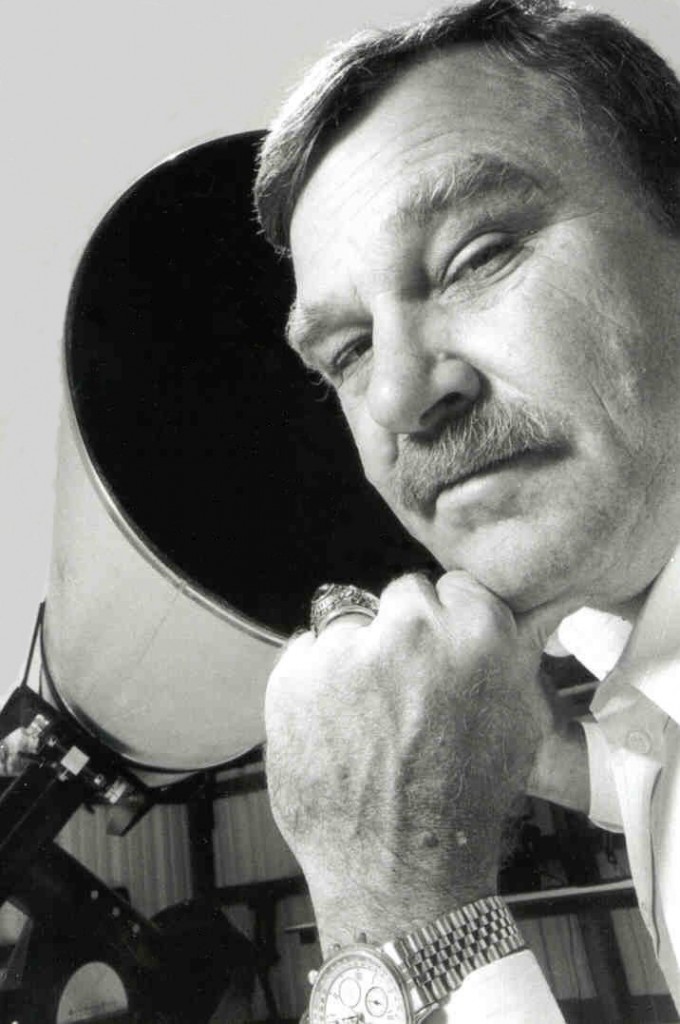 McGaha is a noted skeptic who relishes the opportunity to explain away any and all UFO sightings, because, after all, the “UFO phenomenon is nothing but myth, magic and superstition,” according to him.

Pinotti disagrees with the spider theory for a variety of reasons. He points to the analysis done on the “angel hair.” The BBC points out, “Spider silk is a protein – an organic compound containing nitrogen, calcium, hydrogen and oxygen – not the elements reportedly found in the samples.” Philip Ball, a science writer and a Fellow of the Royal Society of Chemistry, agrees that the spider theory is thin. “Magnesium and calcium are fairly common elements in living bodies, boron and silicon much less so – but if these were the main elements that the white fluff contained, it doesn’t sound to me as though they’d come from spiders,” he explains.

Oh. And then there were the 10,000 witnesses who watched the UFO(s) “moving very fast and then they just stopped.”

It’s unlikely that this sixty-year-old mass UFO sighting mystery will ever be definitively solved. And, based on witness testimony and scientific analysis, it’s also unlikely that spiders are a realistic possibility.