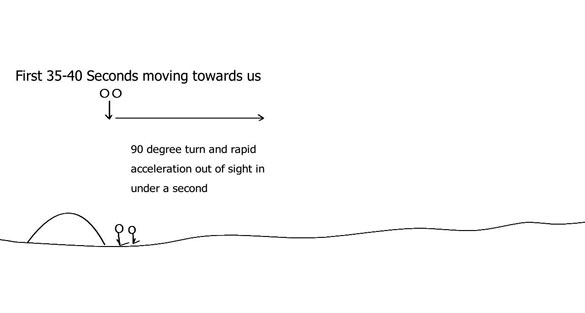 A California witness at Angles Camp reported watching a distant light that illuminated his campground before making an abrupt turn and moving away at high speed, according to testimony in Case 79773 from the Mutual UFO Network (MUFON) witness reporting database.

The witness and a friend were camping at New Melones Lake and watching the stars about 10:30 p.m. on July 26, 2016, when the incident occurred.

“We both noticed a craft that had an exceptionally bright light on the exterior slowing moving towards us from the north,” the witness stated.“About 10 seconds later, we observed the exterior light on the craft becoming significantly brighter to the point that it fully illuminated our campsite, similar to a police helicopter spotlight, but this craft was over a mile away and made no noise.” 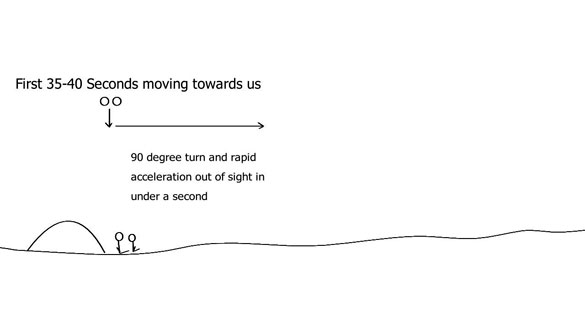 The two watched the object as it appeared to divide.

“The object then appeared to split into two separate craft flying side-by-side and five seconds later followed by an abrupt 90-degree turn and sped off at a very high rate of acceleration covering a distance of at least five miles in under half a second – all while making no noise.”

The witness states that they were not using drugs or alcohol.

“We were both in awe at what we had witnessed and somewhat afraid. I am not sure if the craft(s) we observed were in the shape of a sphere or if that was just the external lights.” 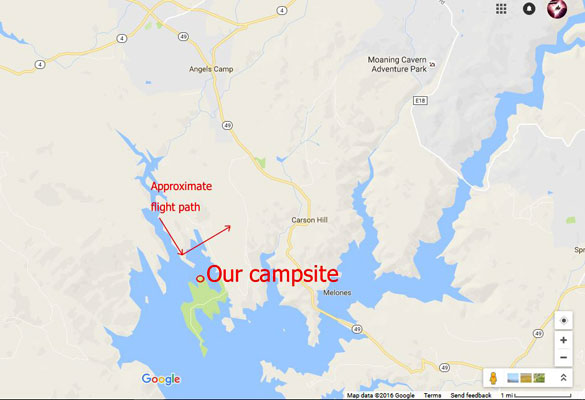 New Melones Lake  is a reservoir on the Stanislaus River in the central Sierra Nevada foothills, within Calaveras County and Tuolumne County, California.California MUFON Field Investigator Jerry Clinton Gerow investigated this case and closed it as an Unknown.

“At this point I believe we have an Unknown,” Gerow wrote in his report.“Another possibility would be air traffic. There is a helicopter port north of the lake where the lights were apparently coming from, an airport to the northeast, southeast and southwest. A possibility would be that one or two helicopters lifted off from the helio port to the north with spot/search lights and then made an abrupt turn to their left and when they did it appeared the lights were flashing off to the left. No large planets or stars are of sufficient size to match the size of the objects which the witness says were almost moon size.” 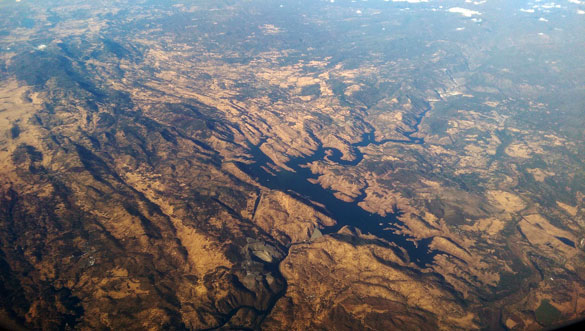 The craft appeared to be about one miles away, but the light lit up the campsite at New Melones Lake, pictured. (Credit: Wikimedia Commons)