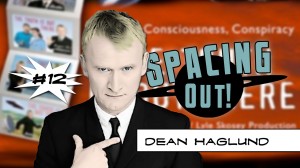 Dean Haglund is an actor, a comedian, and artist, and an inventor who is probably best known for his recurring role on The X-Files. We talk with Dean about UFOs and his recent documentary The Truth is Out There. Dean mentions another documentary he is working on, and talks about the Kickstarter campaign he and filmmaker Phil Leirness launched to fund the project (http://www.kickstarter.com/projects/849837200/hieroglyph-of-the-human-soul). We also discuss real-life X-files recently released by the UK, an interesting UFO crash in Russia, and other space and UFO news on this episode of Spacing Out!