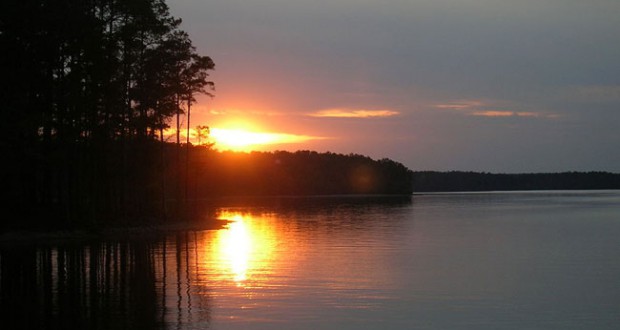 Two South Carolina witnesses at McCornick reported watching a circle-shaped, translucent object that slowly moved across the sky, according to testimony in Case 63235 from the Mutual UFO Network (MUFON) witness reporting database.

The husband and wife were fishing on Clarkshill Lake – also known as Lake Strom Thurmond – when the object was first noticed. The reporting witness looked away from a contrail in the sky – and then back again – and noticed something to the right of the contrail. 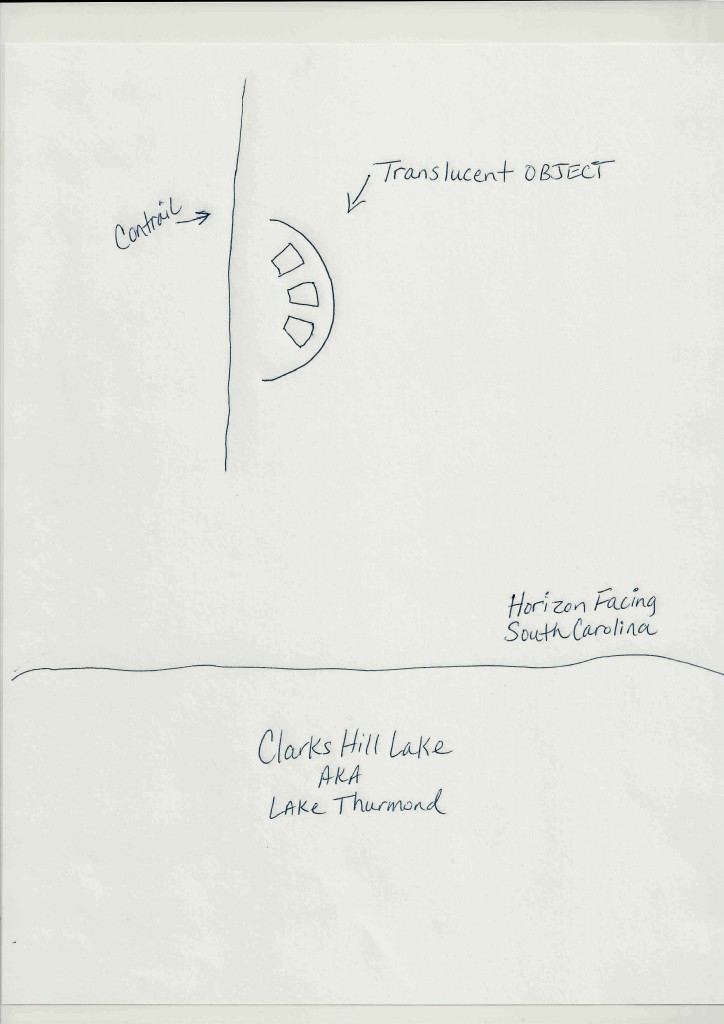 The witness pointed out the object to her husband.

“I said to my husband, look there is an object, but I knew he would not be able to see it unless his eyes were already fixed on the object. After pointing to the object and telling him it’s to the right of contrail it went completely transparent.”

“The object appeared to be very slowly moving to the left of contrail when it went completely transparent. I was completely in awe that I finally had witnessed what I know was a UFO. I have always been a believer and hoped that one day I would witness such an event.”

The witness will continue to watch the skies for future events. 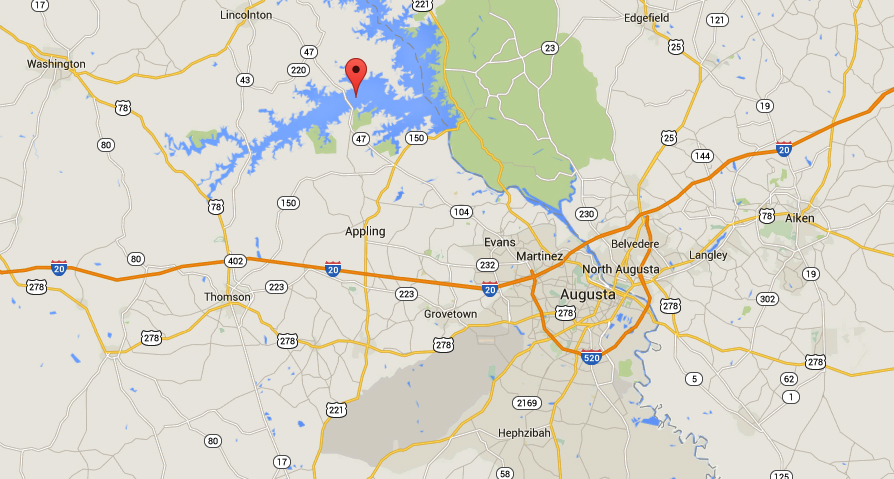 “The fact that I saw what was apparently an object cloaking itself doesn’t leave me questioning what I witnessed. I know what I saw that day and I will never forget it.”

Lake Strom Thurmond, also known as Clarks Hill Lake, is a reservoir at the border between Georgia and South Carolina in the Savannah River Basin. The lake is about 27 miles northwest of Augusta, GA.