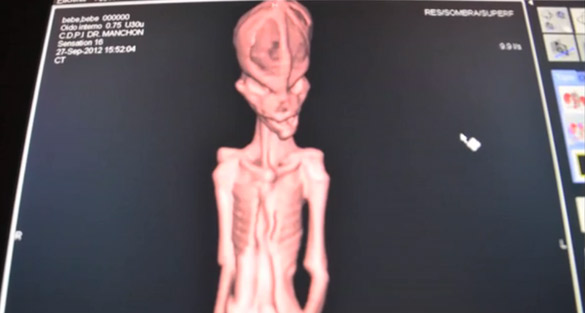 As the days count down to the premiere of the UFO documentary, Sirius, the filmmakers have announced they will release their findings on the Atacama humanoid, bit by bit. Today they have released the creature’s name, sex, age, and more pictures. 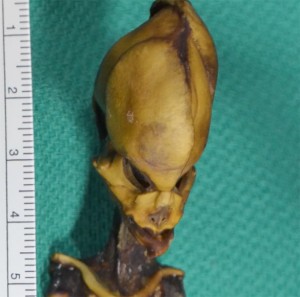 The Sirius team is calling the creature “Ata,” and claim that their analysis has revealed that the mysterious humanoid is male and survived 6 to 8 years, post-birth. Their findings are the result of bone density and epiphyseal plate studies. They had previously disclosed that their DNA sequencing studies have determined the creature to be a “humanoid of unknown origin.”

The analysis has been conducted by a “top research scientist at a prestigious American university.” However, they are not releasing the name of the university or the researcher for “security purposes.” They do say they will announce this information, along with the DNA analysis, on or before the premiere of the film on April 22.

The team does not give any explanation as to what security concerns they are afraid of, or why these concerns will be resolved within the next few days. However, this isn’t the first time the filmmakers have noted their concerns with safety. In the movie’s summary, they write that UFO researcher, Dr. Steven Greer, “feels the pressure of an imminent assassination attempt.”

The creature has had several owners since its discovery in Chile in 2003, including a bar owner and a wealthy entrepreneur from Barcelona, Spain. Neither has voiced concerns over their safety for having been in contact with the curious carcass. Either way, the slow release of information, and the curiosity over who may want to assassinate Dr. Greer and why, will surely pique the interest of potential moviegoers and help the Sirius team’s promotional efforts. 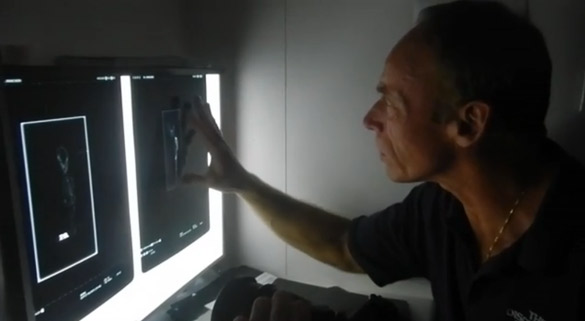 As Open Minds reported in an earlier story, a previous analysis by a forensic anthropologist in Spain came to a more mundane conclusion. Several years ago the humanoid was examined by Dr. Francisco Etxeberria Gabilondo, a professor of Legal and Forensic Medicine in the Basque Country University, and a specialist in Forensic Anthropology at Complutense University. Dr. Gabilondo concluded:

Taken as a whole, the proportions of the anatomical structures (skeleton and softer parts), the level of development of each one of its bones and its macroscopic configuration, allow us to interpret it without any shadow of doubt as a completely normal mummified fetus…

The Sirius filmmakers have said they believe the findings in their analysis of Ata will “completely change the reality of human existence.” So far they have only mentioned the findings of one researcher, and for any significant scientific discovery, it is necessary that several reputable researchers and laboratories confirm the findings of the first. The research of one lab may get the ball rolling, but it is usually a long road to scientific confirmation.

The prospect of the Sirius film inspiring the scientific community to take a harder look at the humanoid is an exciting one. No doubt we will be reading about more juicy tidbits in the next few days to come.

Analysis of the Atacama humanoid alien (click to see story)