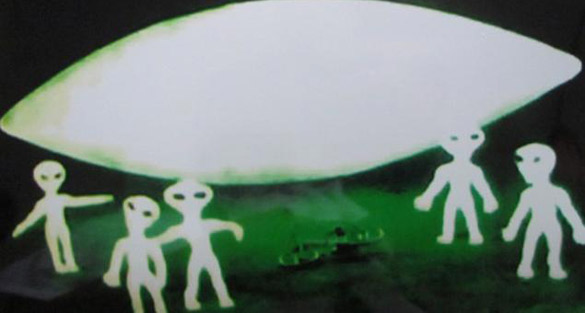 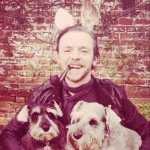 Simon Pegg tweeted that he felt responsible for the imprisonment of a Chinese man who recently hoaxed an alien encounter that went viral. The hoaxer, Li Kai, says he was partially inspired by the movie, Paul, written by, and starring, Simon Pegg and Nick Frost.

The movie is a comedy that features an alien that has busted out of Area 51. The alien, named Paul, happens upon two British comic book enthusiasts touring U.S. UFO sites and going to the San Diego Comic-Con.

Can’t help feeling responsible. Hope he’s okay and his five days go fast. Much love from me and @nickjfrost http://t.co/IpRMqnOThr

Li Kai with his alien in the freezer. (Credit: Nandu.com)

Pegg shouldn’t feel too bad, Kai told police he was also inspired by the idea that he may be able to get more people to believe in aliens. He said, “It is still disputed whether or not UFOs and aliens exist but we believe they do. We want to expand our group and make more people believe that aliens do exist.”

It all began when Kai posted on a blog that he had encountered five aliens on the banks of China’s Yellow river. He said one of the aliens was killed by an electric fence that had been set up to catch wild rabbits. He stored the alien in his freezer, and reported the incident to police.

His pictures then went viral when they were reported by Chinese news. According to ITN, even though he had called police three months prior, after the event went viral they decided to interview him. He confessed to creating the alien out of wire, ropes, rubber and glue.

Lee was placed into detention for five days for fabricating lies and disrupting normal social order. 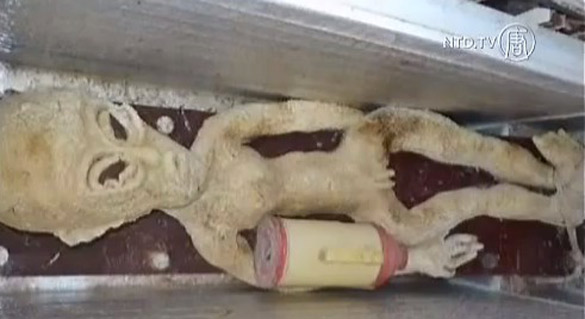 The alien in the freezer. (Credit: NDT.TV) 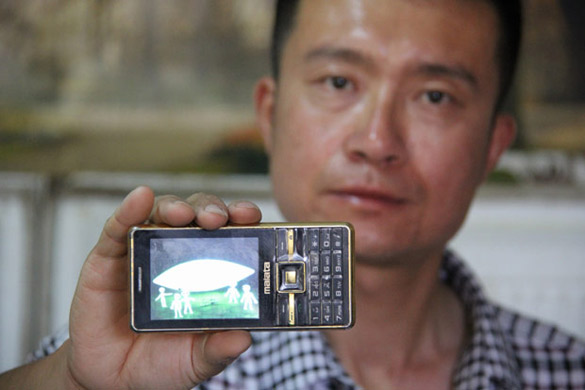 Li Kai displaying the picture he took with his phone during his alleged encounter. (Credit: The Sun) 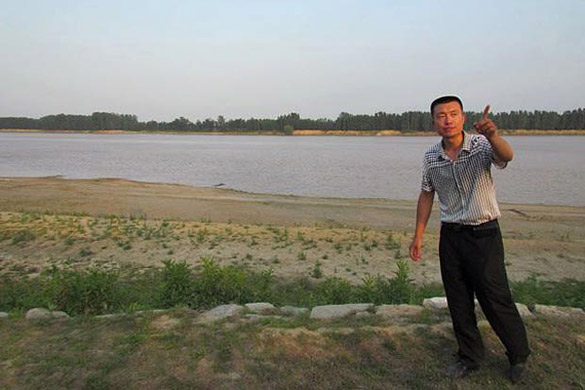 The river were Li says he met the aliens. (Credit: The Sun)