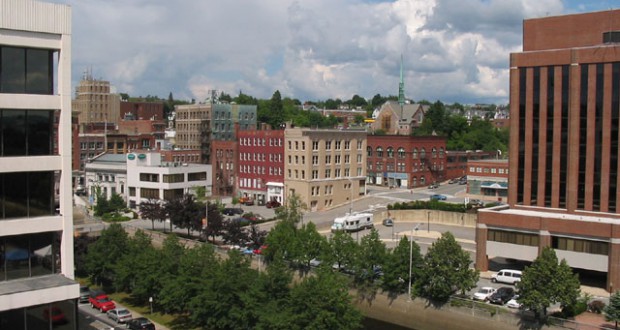 The witness first saw the cigar-shaped UFO coming toward her about 4:38 p.m. on January 17, 2015. Pictured: Bangor, Maine. (Credit: Wikimedia Commons)

A Maine witness at Bangor reported watching a cigar-shaped UFO crossing the sky at about the speed of an airplane beginning at 4:38 p.m. on January 17, 2015, according to testimony in Case 62745 from the Mutual UFO Network (MUFON) witness reporting database.

The witness and her husband, who was driving, saw the object heading toward them.

“I looked out the car window to my right and saw what first looked like a long, metallic blimp swooping near us toward the ground,” the witness stated. “It was moving about as fast as an airplane, but was dead silent.” 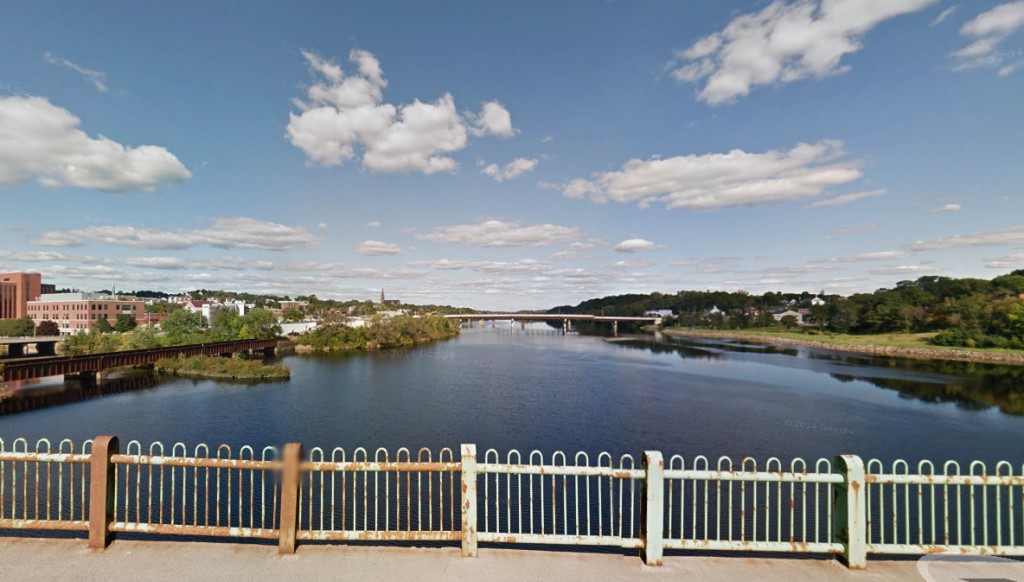 The witness has considered that the object seen was manmade, but says the silence seemed very unusual. Pictured: Bangor, Maine. (Credit: Google)

The witness said she shrieked and pointed out the object to her husband.

“Structurally, it resembled a blimp, but was long and narrow enough to be considered a cigar-shaped UFO.”

The witness looked online to see if there were any military (or civilian) aircraft that resembled it and also asked her father, who has been a pilot for years and is also an amateur astronomer.

“The closest thing I could find was a half-scale model of an airship that will be tested by the military, but to my knowledge hasn’t been flown yet and is still being constructed. At the tail of the craft were flashing red and white lights, not unlike an airplane.” 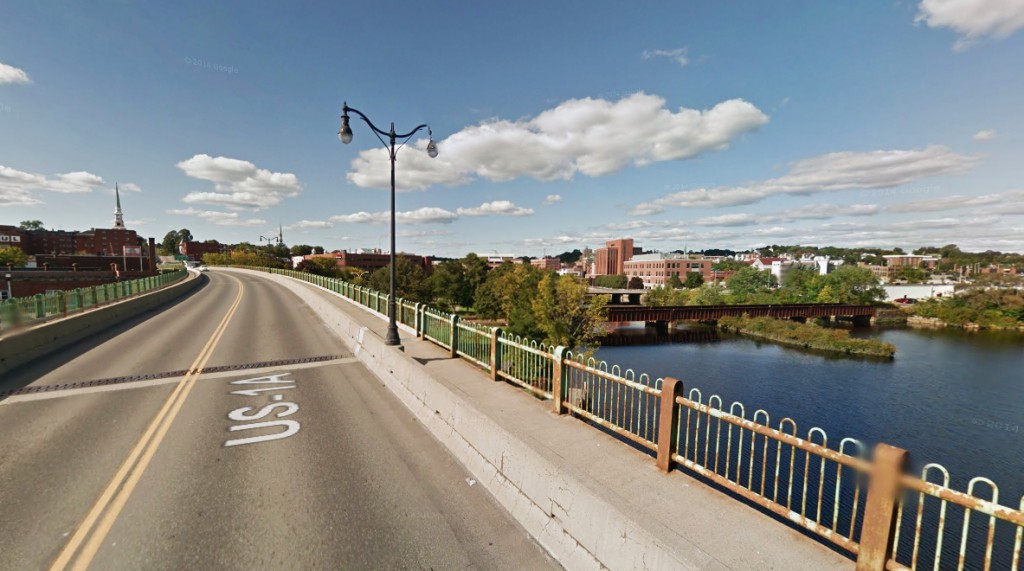 The object finally flew upwards and out of sight as it moved away. Pictured: Bangor, Maine. (Credit: Google)

The witness watched the object until it moved out of sight.

“I studied it carefully until it flew upwards and quickly out of sight. It could have been manmade, but the speed and complete silence puzzled me. I saw a flying saucer once a few years ago and was glad to have a fellow witness this time for an event.”

Bangor is a city in and the county seat of Penobscot County, Maine, population 153,923.