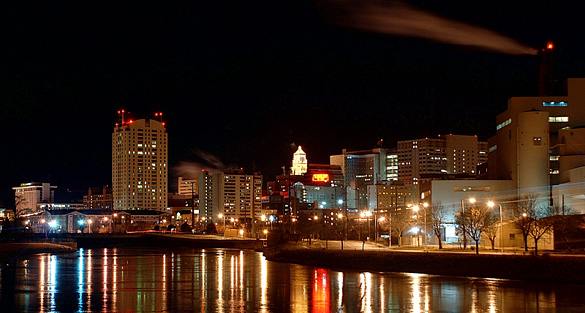 A Minnesota witness at Rochester reported watching a “large, morphing, transparent triangular craft” while biking along Douglas Trail in Rochester, according to testimony in Case 71504 from the Mutual UFO Network (MUFON) witness reporting database. 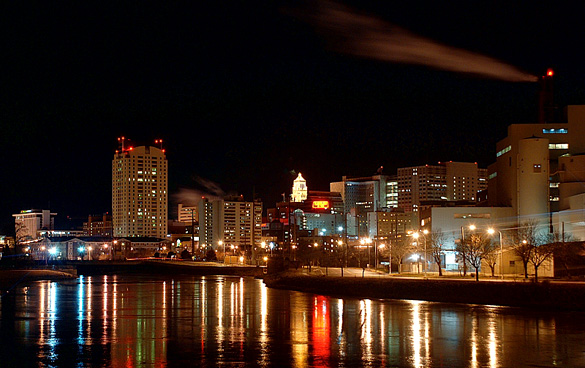 “I went for a bike ride with my brother,” the witness stated. “We went to the Douglas Trail which starts in Rochester, MN, and ends in Pine Island, MN, 13 miles each way. At about 10 mile in we were being followed by a large brown hawk.”

The hawk was acting in an unusual way.

“This hawk was acting crazy and would not leave us alone. We finally stopped and the hawk hovered about 30 feet above us. He was catching the wind and was staring at us. We thought he was going to attack us. I have never seen or heard of a hawk doing this sort of behavior. We did nothing to provoke him.”

After about 30 seconds the hawk flew off.

“We kept our eye on him until he was a distance away. We were just about to start our ride again when I looked up above the hawk in the distance and saw a white orb. The orb was way up high. It was a total cloudless day so it was the only thing in the entire sky.”

But then the orb began to change.

“I looked at it for about 10 seconds and then it started to grow in size. It changed its shape and became a large triangle craft. It was transparent but the sunlight reflected off it. It looked like glass. With the sunlight you could see its depth and its dimensions.”

“Then it shot across the entire sky at an insane speed. It went from the western horizon to the eastern horizon in one second flat. A vast distance. It had to be traveling at thousands of miles per hour. It then stopped instantly.”

The witness then called to his brother to look up.

Minnesota MUFON Field Investigator Susan Birttnen investigated this case and closed it as an Unknown. 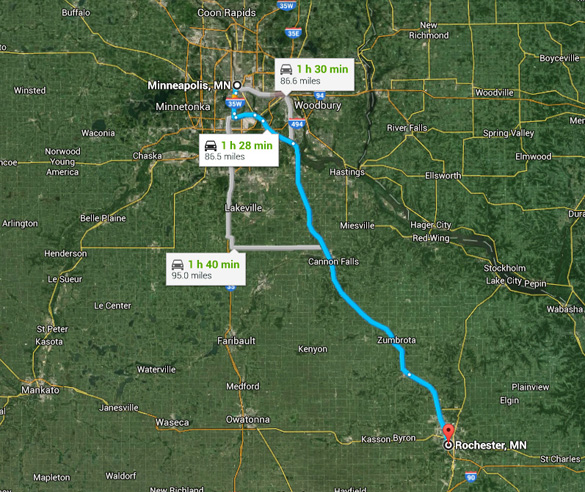 Rochester is about 85 southeast of Minneapolis, MN. (Credit: Google Maps)

Rochester is the county seat of Olmsted County, MN, population 106,769. Please remember that most UFO sightings can be explained as something natural or man-made. The above quotes were edited for clarity. Please report UFO activity to MUFON.com.