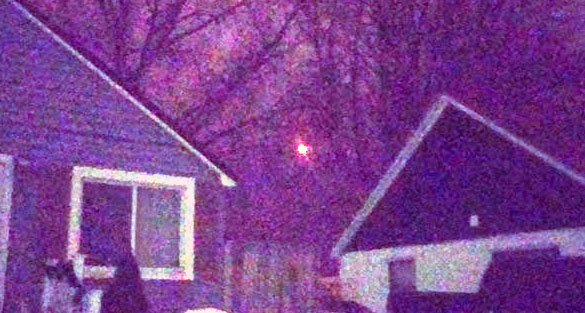 An Idaho witness at Idaho Falls reported watching and photographing a fire-colored, shape-shifting object that seemed to silence natural sounds in the area when it passed over, according to testimony in Case 81932 from the Mutual UFO Network (MUFON) witness reporting database. 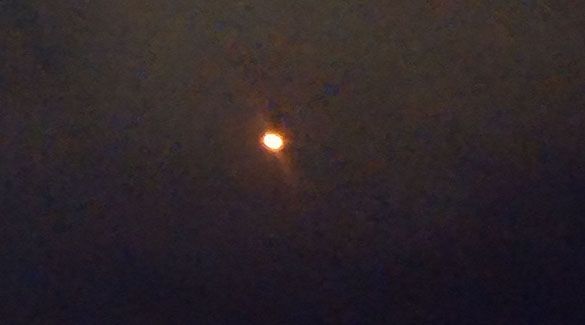 The witness was inside meditating when a sibling came inside to alert family that an unknown object was moving towards the house.

“While I was getting ready to go outside, my two nephews were already outside, and one of them turned on his phone camera to take video,” the witness stated. “But he said the phone kept giving him an error when trying to take video. He switched to take pictures and he managed to take four images of the object.”

The witness went outside and was informed by the nephews that the object could be seen in the northwest sky.

“I saw the object when it was leaving. It had a very intense red and orange color to it – very bright. My nephew was the one who took the images. He told me the object, before passing over the house,that it remained a sphere shape, but once it passed over the house it started to change shape. He said, ‘The closest thing that this can resemble is one of those light sabers from that movie “StarWars.”’ It had that same effect. It would stretch. It would go from a sphere to a cigar shape and once it passed the house it went back to just being a sphere. He said all around the object there was this wave-like pattern of fire.” 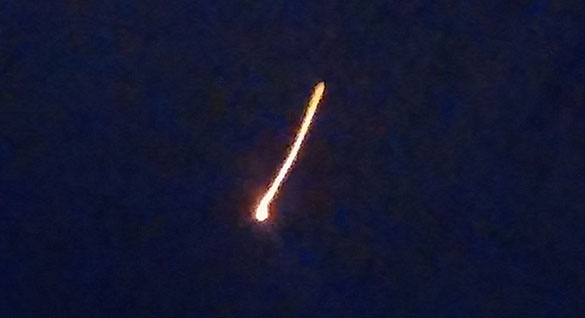 The witness also noticed changes in the immediate area as the UFO moved over. 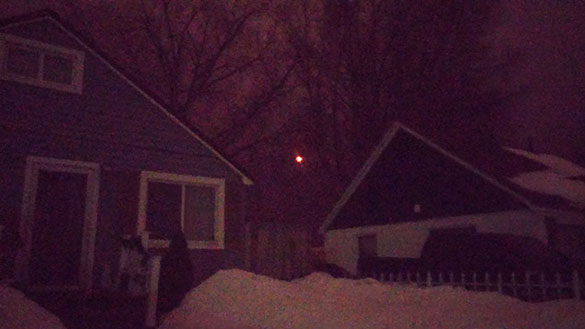 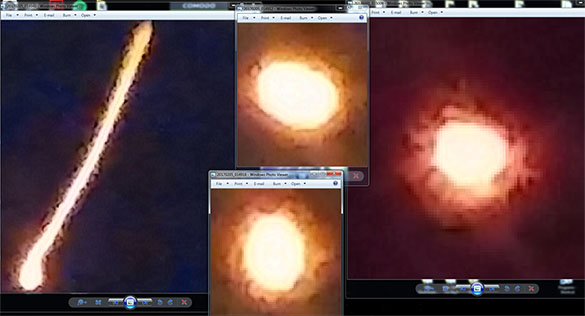 The witness uploaded five images with the MUFON report, which was filed on February 5, 2017. Idaho MUFON Chief Investigator James Millard is investigating. Please remember that most UFO sightings can be explained as something natural or man-made. The above quotes were edited for clarity. Please report UFO activity to MUFON.com.