A lecture given by SETI scientist, Dr. Jill Tarter at the Paramount Theater in Charlottesville, Virginia on Monday night October 27th saw some uncomfortable moments when an audience member confronted the celebrated astronomer with notions that the organization was involved in a cover-up of what he thought was the reality of an extraterrestrial presence on planet Earth. SETI is an acronym for a group of radio astronomers meaning: The Search for Extra Terrestrial Intelligence.

The question, which was actually more of a statement offered by an audience member, follows:

Thank you very much Dr. Tarter for your presentation. What do you say about the proposition that, SETI as a large scale and serious scientific enterprise, producing scant and ambiguous evidence of intelligent life… is actually disregarding the mountain of factual evidence of contact that’s staring us in the face at every hand throughout time, across space. That SETI is actually, practically, even if unwittingly, an agent of disinformation.

Well, what I say to that is what I do actively and that is, I am on the board of the Center for Inquiry, and I take a look at data that are provided to me as potential evidence of this sort of contact that you’re talking about… and what I can say to you, is that throughout time, and in my experience, there are no data that stand up to the scrutiny that have the quality that a scientist requires for validation. And it’s the old Carl Sagan saying that ‘extraordinary claims demand extraordinary evidence.’ And there are great stories out there, but what’s been missing today is the evidence. And so if you have some that you can show me, or my colleagues, we’re interested in what the answer to the question is, if that’s the way to find an answer then we’ll accept that, but, so far, that evidence does not justify the claims that you just made.

The question was the first one posed to Dr. Tarter in a Q&A session following her presentation about SETI and the scientific search for life elsewhere in the universe. 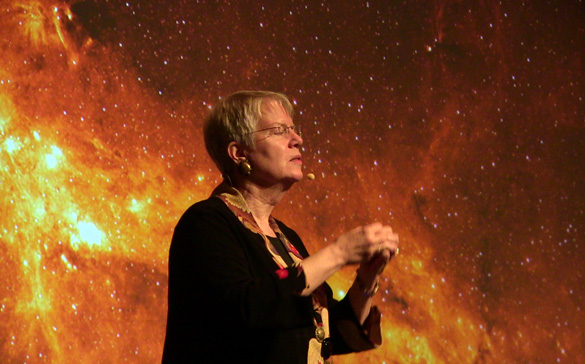 There have been longstanding disagreements between SETI and the UFO community regarding speculation about extraterrestrial life. Yet despite these disagreements there are some overlaps where the opposing viewpoints meet. The two sides agree that we are not alone in the universe.

This lecture was undoubtedly attended by individuals interested in the UFO question, besides the individual who accused SETI of a cover-up, Richard Lang was also in attendance. Richard Lang is one of the founders of MUFON’s Star Team effort, a rapid response team sent out to investigate alleged UFO sightings. After the presentation Lang stated that he felt in agreement with the individual who made the accusations against SETI.

From time to time, SETI has used the public’s interest in aliens to get its message out. The sponsor for Dr. Tarter’s lecture is the National Radio Astronomy Observatory (NRAO) whose Green Bank Observatory in West Virginia is the location of SETI’s first efforts to use radio telescopes to try to detect extraterrestrial signals from other civilizations. The NRAO was selling logo items with the classic “gray alien” image in the lobby of the Paramount Theater during Dr. Tarter’s lecture surely in an effort to relate to the public. Another SETI scientist, Dr Seth Shostak, has also appeared on popular television, programs such as ‘UFO Hunters’ and ‘Ancient Aliens,’ which present decidedly nonscientific speculation about earthly contact with extraterrestrials. 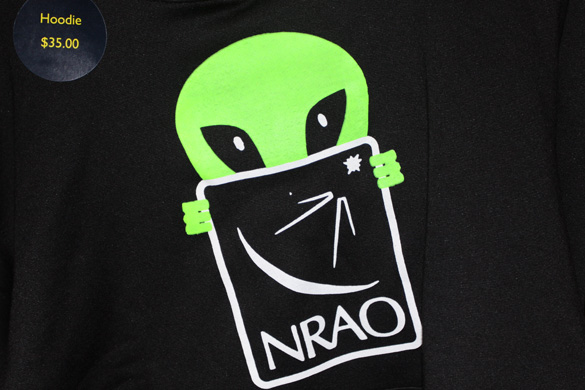 Regardless of the disputes between SETI and UFO enthusiasts, Dr. Tarter gave an extremely educational, interesting and thought-provoking talk spanning topics from SETI’s foundation to the current scientific advancements in the search for life elsewhere in the universe. Perhaps best known as the inspiration for the lead character portrayed by Jodie Foster in the film adaption of Carl Sagan’s novel ‘Contact’, Dr. Tarter quoted one of the famous lines from the film, “If it’s just us, seems like an awful waste of space.” She also discussed historic technological radio astronomy instruments such as the Jansky antenna and various other current efforts by international teams determined to follow SETIs lead and search for extraterrestrial life from locations across the globe. 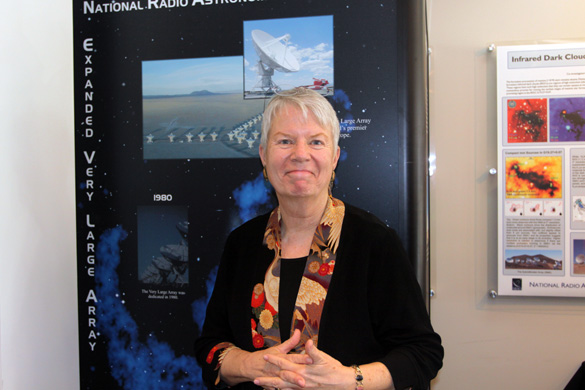 Dr. Tarter explained the unimaginable measure of the effort to find life in the universe and where it stands today, “It’s a very large cosmos out there. There’s a lot of places to look, a lot of different signals to look for, and so far over 50 years, I can make a calculation to astronomical accuracy that says, you know? If the volume that we need to search to find the analog of Earth technology were set equal to the volume of the oceans on Earth then we so far have sampled about one 8 ounce glass. That’s not a lot.”

She continued, “We are daunted by the magnitude of this search, but we are also incredibly inspired, because the tools that we use are getting exponentially better every day.”

Dr. Tarter was presented with an award, the 2014 Jansky Lectureship, at the beginning of her talk, which is titled: Are We Alone? Searching for Intelligent Life Beyond Earth. This is the 49th annual such award and the lecture series continues with talks by Dr. Jill Tarter in Green Bank, West Virginia on October 30, 2014 and in Socorro, New Mexico on November 7, 2014.