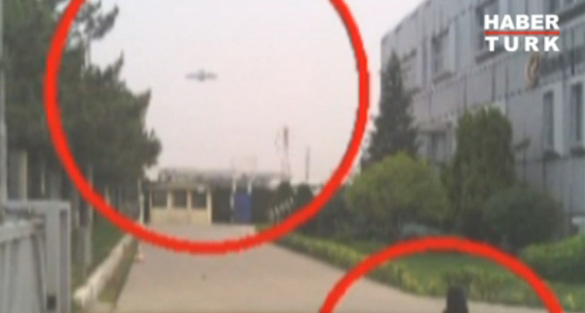 A security guard at a “technopark” in the town of Gebze in the Kocaeli province of Turkey says he saw a flying saucer and was able to capture it on camera with his cell phone before it disappeared.

The security guard, Ahmet Özcan, says he heard dogs barking and went outside. He told Haber Turk (translated by Google), “I went out to the sound of 0500 ranks of the dog’s bark. I saw an object resembling a flying saucer. Photographed on a cell phone. I lift my head to take the second one was gone.”

Haber Turk says a representative from the Sirius UFO Space Sciences Research Center in Turkey says they have taken an interest in the photograph and intend to research it further.