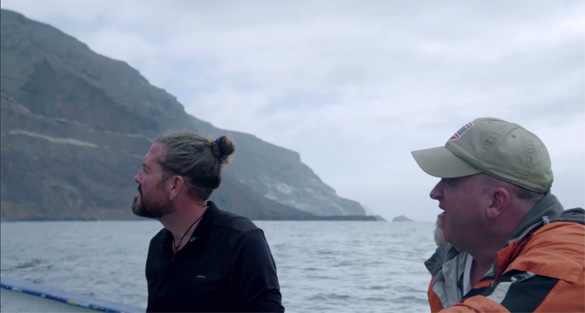 Open Minds UFO Radio: Sean Cahill was the Chief Master-at-Arms on the USS Princeton in 2004 during a multi-day UFO encounter. At the time, the Princeton was part of the Nimitz Carrier strike group. In November of 2004, the Nimitz Strike Group was conducting training exercises off the coast of San Diego when it picked up odd readings on radar. Eventually, an F-18 jet fighter was zeroed in to observe one of the objects and reported seeing a 40-foot long smooth, white object that looked like a TIC TAC. Later that day the object was caught on infrared video.

In this interview, Sean discusses his experience being on board when the sightings occurred. He also shares his sighting at the time. Sean also appeared on the History Channel’s Unidentified: Inside America’s UFO Investigation. Sean shares his experience on the show and what it was like working with Luis Elizondo, the former head of the Pentagon’s Advanced Aerospace Threat Identification Program (AATIP). AATIP investigated military UFO cases.