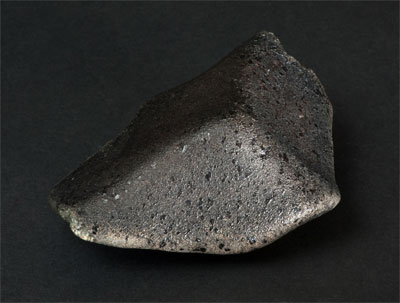 A team of scientists recently concluded that samples collected by NASA’s Mars Viking robots in 1976 were originally incorrectly identified by scientists as geologic samples, rather than biologic samples, therefore concluding that NASA discovered life on Mars 36 years ago. And now, a research team thinks it discovered signs of life in a meteorite from Mars.

A team of scientists from the School of Mathematics at Cardiff University, and the Buckingham Centre for Astrobiology at the University of Buckingham recently published a paper in which the team concludes that, based on preliminary tests, a Martian meteorite could indicate life on Mars. This meteorite crashed in the Morrocan desert on June 18, 2011 approximately 30 miles south of the village Tissint. The meteorite, named after this village, was found to have spherical globules rich in Carbon and Oxygen. And while some may suggest Earthly contamination occurred, the team is confident that, because of its surrounding thick crust, the meteorite’s interior material is “pristine and uncontaminated.”

According to PhD student Jamie Wallis, one of the scientists from this team, “Other work to confirm our proposal is well under way and all the indications are that structures such as we have found are evidence of life on Mars. The spheres are probably remnants of polysaccharide shells surrounding algal type cells.”

You can read the team’s paper in the Journal of Cosmology.