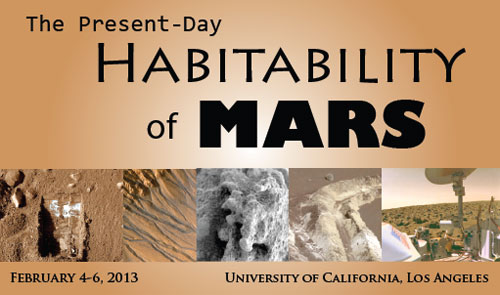 Recent findings from NASA’s Curiosity rover led to the announcement that Mars was once habitable. But some scientists believe present-day Mars is still habitable. 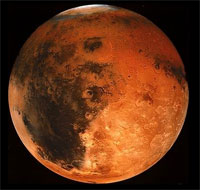 The NASA Astrobiology institute and the UK Centre for Astrobiology co-hosted a conference titled “The Present-Day Habitability of Mars” that took place February 4-5 at the University of California Los Angeles. At the conference, Alfred McEwen of the University of Arizona and principal investigator for the HiRise camera aboard NASA’s Mars Reconnaissance Orbiter, stated, “We certainly can’t rule out the possibility that it’s habitable today.”

Space.com reports that McEwen discussed observations by HiRise that suggest briny water may flow down steep slopes on Mars during the planet’s spring and summer. This water is of interest to astrobiologists because it may be a habitable environment for microbes.

Space.com points out that, in places like Antarctica and Chile’s Atacama Desert, “microbes can eke out a living in extremely cold and dry environments.” Scientists continue to study extremophiles–organisms that survive in extreme environments–and Mars-like places here on Earth to better understand the types of environments in which life as we know it can survive.

In the search for life as we know it, potential energy sources are of interest to astrobiologists because, well, life as we know it requires an energy source. Several presenters at the conference discussed a potential energy source found on Mars–perchlorate, a chlorine-containing chemical detected on Mars by NASA’s Phoenix lander in 2008. Carol Stoker of NASA’s Ames Research Center explained that “perchlorate, it turns out, is a potent chemoautotrophic energy source.” According to Space.com, Stoker noted that “the chemical could potentially sustain microbes in the dark Martian subsurface, where photosynthesis is not an option.”

An example of microbes thriving without sunlight was recently discovered here on Earth in the deepest area of the ocean. Reuters recently reported that a Danish-led team of scientists discovered that “Microbes are thriving in surprising numbers at the deepest spot in the oceans, the 11,000-metre (36,000 ft) Mariana Trench in the Pacific, despite crushing pressures in sunless waters.” 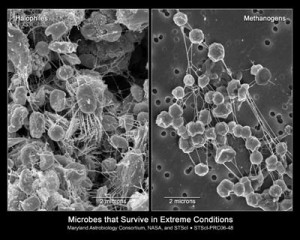 Space.com points out that, at the conference, scientists stressed that “Martian life may be able to survive even in places where water doesn’t seep and flow.” What is known about extremophiles on Earth presents many possibilities for life on Mars. And with so much of Mars left unexplored, including the subterranean world of Mars, the possibility of more complex life on the planet cannot be ruled out.

Video from “The Present-Day Habitability of Mars” conference is available HERE.