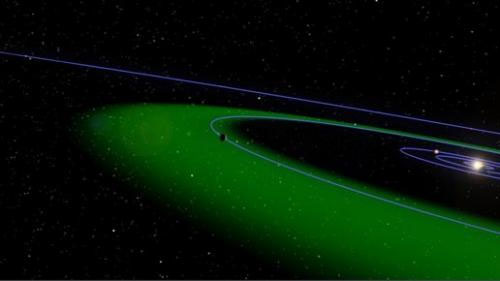 A team of scientists at Harvard University is optimistic that far away moons could be home to extraterrestrial life. 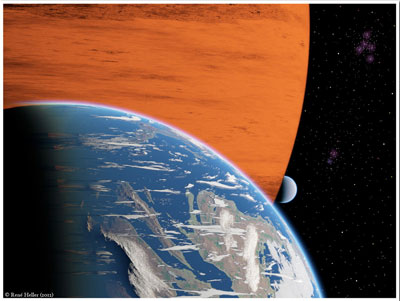 The International Business Times explains that moons orbiting other planets, also known as exomoons, “are thought to be among the likeliest places for alien life” because they are “far smaller than the other planets found so far, which are characterised chiefly by their crushing gravity and lack of rocky surface.”

Exomoon habitability was the subject of a recent study published in the January issue of the journal Astrobiology by Rene Heller of Germany’s Leibniz Institute for Astrophysics Potsdam and Rory Barnes of the University of Washington and the NASA Astrobiology Institute. As Space Daily describes, these researchers suggest that the “climatic conditions expected on extrasolar moons will likely differ from those on extrasolar planets because moons are typically tidally locked to their planet.” With the same side of these moons always facing their planets, they would benefit from two light sources–the planets they orbit, and the star orbited by those planets, which would subject these moons to “eclipses that could significantly alter their climates, reducing stellar illumination.” Heller and Barnes cite tidal heating as a requirement for exomoon habitability. Tidal heating would serve as an additional energy source, and would be triggered “by a moon’s distance to its host planet; the closer the moon, the stronger tidal heating.”

The different kinds of illumination that an exomoon can receive from both its star and its host planet. (Credit: Heller and Barnes)

NASA’s Kepler space telescope has detected more than 2,700 planetary candidates. Exomoons haven’t been discovered yet, but Harvard astronomers who are sifting through information collected by Kepler say the data indicates there is a good chance that, out of the 250 most promising planets, fifty “have a signal suggesting they could have their own moons.”

Space.com explains, “The discovery of alien moons will open up an exciting new frontier in the continuing hunt for habitable worlds outside the solar system.” According to Bill Borucki, Kepler’s principal scientist and astronomer at NASA’s Ames Research Center, “It is becoming clear that exomoons could be one of the likeliest places to find alien life.”