Center for UFO Research 30 Second Commercial from CKProductions on Vimeo.

An international group of scientists, government officials, and military personnel has been assembled to speak about the scientific investigation of unidentified aerial phenomena.

On June 29 and 30, more than ten researchers from around the world will convene for the 2013 Symposium on Official and Scientific Investigations of Unidentified Aerial Phenomena at the Greensboro War Memorial Auditorium in Greensboro, North Carolina. The event’s host and organizer, Kent Senter, has researched UFOs for nearly thirty years, and is one of the founding members of the Mutual UFO Network’s (MUFON) North Carolina chapter. 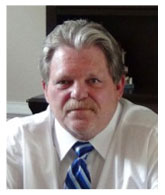 The event’s website explains that Senter is battling an incurable cancer, so “he has decided to host this unique conference to help increase awareness of the need for scientific research and alleviate the taboo associated with this topic.”

For the full list of speakers, and for all the event’s details, visit cufornc.com.