Home / Articles / UFO News / Scientist offers explanation for crop circles
Researchers claim that they can reproduce complex crop circles with the aid of a tool they built. 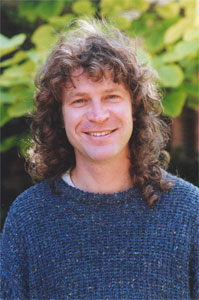 Researchers claim that they can reproduce complex crop circles with the aid of a tool they built, and that can be easily built by anyone. A team from the University of Oregon used parts from an ordinary microwave oven and a 12-volt battery to create a device called a magnetron. According to the Daily Mail, Professor Richard Taylor, who leads this team of researchers, “claims to be able to reproduce the intricate damage inflicted on crops using [the] gadget developed by his team at the University of Oregon.”

Some crop circle formations are found to have unusual properties such as collapsed stalks and the presence of radiation–characteristics not found in crop circles made by pranksters using wooden planks. But following the study conducted by Professor Taylor and his team with the magnetron, he theorizes that crop circles with unusual characteristics could be explained by his research. Professor Taylor explains, “[T]he radiation waves that are capable of heating food when utilised in an oven – cause crop stalks to fall over and cool in a horizontal position.”

Professor Taylor’s report is in this month’s edition of Physics World.