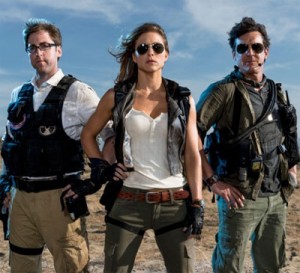 Research scientist Ben McGee is one of the team members on the upcoming NatGeo television series titled Chasing UFOs. During a recent interview on the web series Spacing Out!, McGee explained that he brings a “scientific/semi-skeptical pair of eyes to the team” in his search for evidence related to UFOs and extraterrestrial visitation.

As a scientist, McGee is a firm believer in manned space exploration. His passion for space exploration is highlighted by the company he founded – Astrowright Spaceflight Consulting. With the emerging commercial space industry, McGee’s company is poised to meet the likely demand for consulting in this new arena.