Earlier this month, several witnesses in San Diego observed mysterious lights in the sky they could not identify. Several of them tweeted videos of the objects, and one of them talked to the local newspaper.

Garret Conder is a High School Sophomore. While watching the San Diego Chargers on TV with his family on September 3, 2015, something unusual happened. A few minutes after 8 pm Condor’s brother called for his family to come outside.

“You guys got to see this,” he yelled.

Conder told the Eagle and Times newspaper, “We all ran outside. It was the most credible piece of UFO evidence I had ever seen. In the south east sky it was a diamond shaped object. Goldish-yellow lights. Very bright, not blinking like aircraft lights. I’ve never seen anything like it. My jaw dropped. I was flabbergasted. The lights were in a weird formation, flying above and below each other. Then the lights blinked out one at a time.”

Conder immediately tweeted the event, writing, verbatim: “I just saw a ufo in imperial beach California. A diamond shaped u do 4 lights , one by one they disappeared. My whole family witnessed this.”

Conder found other witnesses on twitter. A man from nearby National City tweeted a video of the lights (seen above).

Another tweeter posted a similar video from Chula Vista.

Some have suggested the lights could be Chinese Lanterns. However, according to the Eagle and Times, author and novice UFO investigator Charles G. Stuart says, “The lights do look a little too organized to be sky lanterns.” 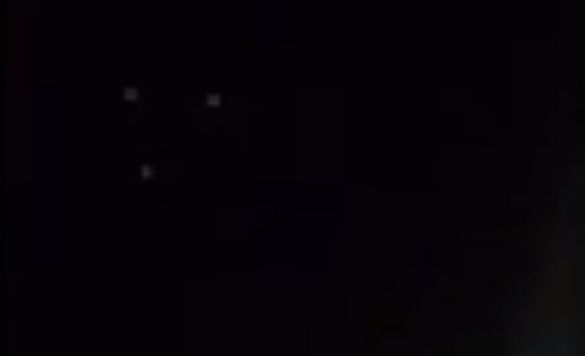 Conder says when he went back to school, his Marine Biology teacher was discussing the daily news, so Conder told the class about his sighting. His teacher suggested he speak to the newspaper about it.