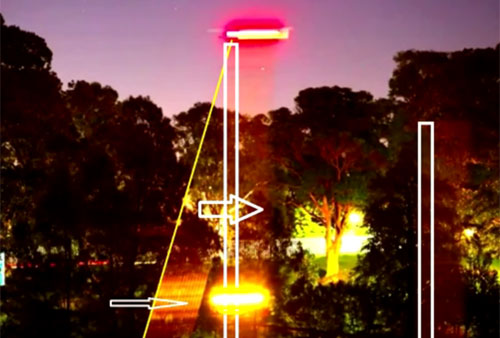 On Tuesday, March 5, actor Russell Crowe posted a link on his Twitter account to a video compilation of three timed-exposure photos showing what he asserts is a UFO. But some believe the mysterious object in Crowe’s photos has been identified. 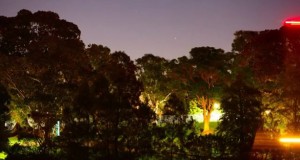 Nancy Atkinson of Universe Today published an article on March 7 titled Mystery Solved: Breakdown of Russell Crowe’s UFO Video in which she references a video by Phil Poling of ParaBreakdown (an apparent Bigfoot research group). Atkinson explains that, in this video, Poling provides “a breakdown of why Crowe’s UFO is most likely to be a series of long-exposure photos of a . . . wait for it . . . passing sailboat with a high mast.”

So is the mystery solved? Many have closed the book on this UFO mystery, accepting the boat identification. But not Crowe. As the Herald Sun reports, in response to the boat assertion, Crowe took to his Twitter account again to refute the claim.

re UFO? It can’t be a yacht , would have to be travelling 80kmph (50mph) to cover that distance in 4.5 seconds

As Alejandro Rojas pointed out on March 7 in his article on OpenMinds.tv, it is still unclear why Crowe waited four years to post these photos. This peculiarity has some speculating that the photos were released as a publicity stunt by Crowe.

What do you think about Crowe’s UFO? Does the boat explanation make sense, or does Crowe’s claim of mathematical improbability leave room for doubt? Share your thoughts with us in the comment section below, or on the Open Minds Facebook page.