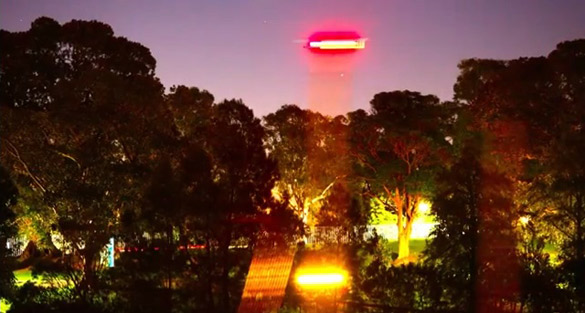 This week Russell Crowe tweeted possible UFO pictures taken above Sydney’s Royal Botanic Gardens in Australia. The pictures were put together in a video uploaded to YouTube on Tuesday, and were originally part of some time lapse photography Crowe and a friend set up to capture fruit bats.

Crowe’s representative in Australia told the Australian news website, news.com.au, that the photos were actually taken four years ago, and he is unsure why Crowe decided to tweet them this week. News.com.au suggests in their story that it might have been to spark some publicity for the release of Crowe’s latest film, Broken City. Earlier in the day Crowe had tweeted frustration with the lack of publicity for the film.

Many of the people commenting on the YouTube video have suggested that the strange lights could be due to lens flares. Some of them noted car tail lights and possible boat lights in the area. However, Crowe argues against the flare theory because he says the lights are moving and the camera was not behind glass. Check out the video below and decide for yourselves.

Here are Crowe’s tweets on the topic: 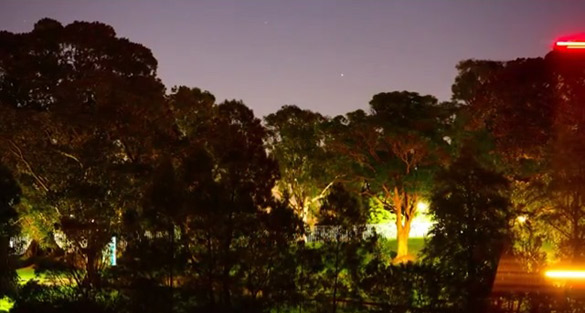 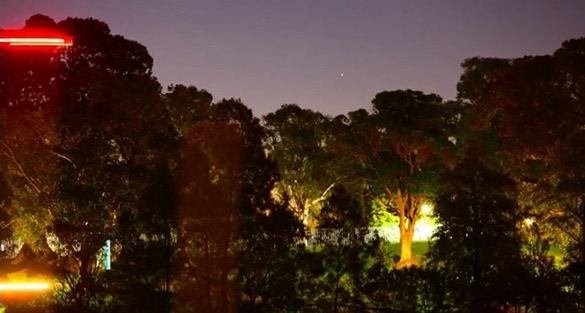 UPDATE: Could this explain Crowe’s UFO?