In October 1978, Royal Canadian Mounted Police (RCMP) officer Jim Blackwood responded to a call regarding a strange object off of the coast of Clarenville, a Canadian town on the east coast of Newfoundland in the province of Newfoundland and Labrador. When he got there he, along with about a dozen other witnesses, saw something he could not explain. Blackwood recently posted a TV interview from 1978 in which he describes the incident.

According to Canadian newspaper The Packet, Blackwood is now retired and living in Novia Scotia. News of the sighting received a lot of media attention, causing Blackwood to endure years of ridicule. Since leaving Clarenville, he says he rarely speaks about the incident. 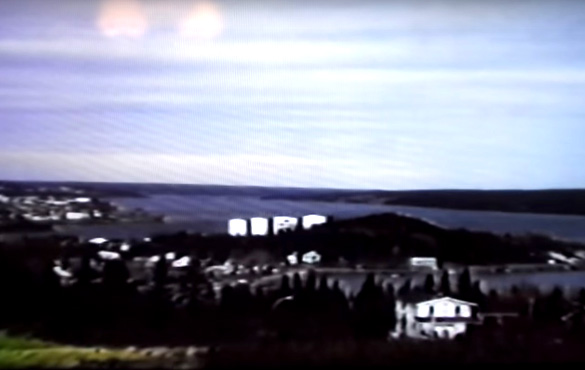 However, he did recently speak to The Packet, and in May of this year he posted the UFO interview on YouTube (seen above).

Blackwood was a 25 year-old RCMP constable at the time of the incident. When he reached the location of the witnesses, he says there were about a dozen locals gathered there.

“I went down and the craft was hovering between Clarenville and Random Island, right on the water. It was only a couple hundred feet off the water. It was there for good two hours before it left,” Blackwood told The Packet. 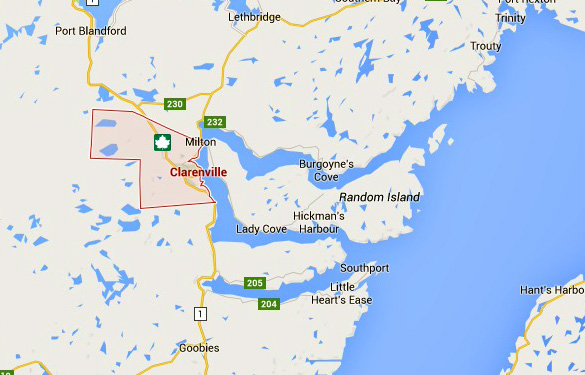 Blackwood said he turned on his vehicle’s roof lights and the UFO turned on its lights too.

Among the witnesses were Chester Lethbridge and his wife. They had been watching the object with binoculars and did not think turning on the lights was a good idea. They asked why Blackwood would do that, and he responded that he was trying to make contact. 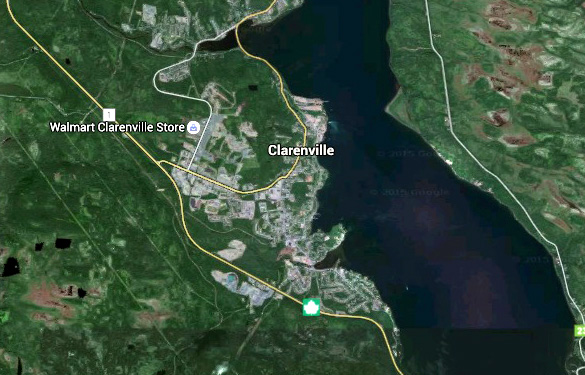 Aerial view of the area of the UFO Sighting. (Credit: Google Earth)

According to The Packet, “Using a special telescope for drug surveillance, the once skeptical Blackwood had an up close view to something he can’t explain to this day.”

“Chester had binoculars. But this thing was a lot better with 60 times magnification. I got to see it close up. It didn’t come any closer to us and as it started to leave it went up slow, taking forever to rise — then vroom — gone like a shooting star,” Blackwood told The Packet.

Blackwood described the object as cigar-shaped and made a sketch of its shape that can be seen in the 1978 interview. 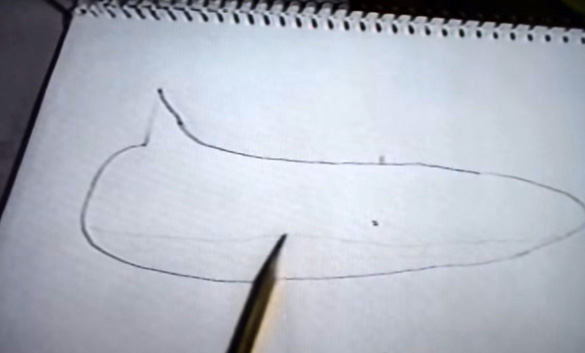 He says he is an aircraft enthusiast and that he estimated the size of the object to be as large as a Boeing 737.

“I’m familiar with aircrafts of all shapes and sizes. But the metal on it was not like aircraft metal. It was very dull and not shiny at all. It wasn’t even smooth. It was very coarse looking,” he said.

Blackwood says after the sighting they did not see the UFO again. However, they had received UFO reports before the sighting began.

“At that particular time there was a flight from Jordan heading to Toronto that happened to see it and it was picked up by radar in Gander. It was a big issue at the time,” Blackwood said.

Blackwood was hesitant to talk about the sighting after the event. He didn’t want to face the ridicule he knew he would receive. However, once the media got a hold of the story, the interview requests began coming in and he was instructed by his superiors to accept them all. 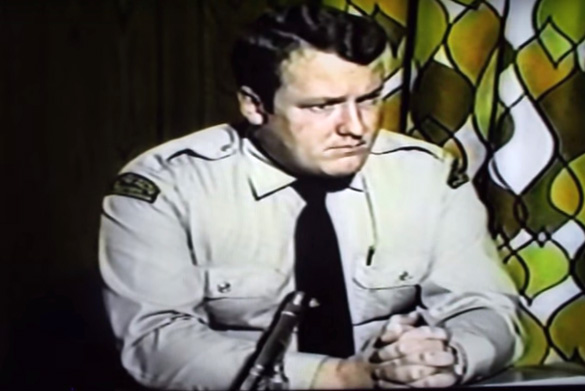 “For two solid weeks all I did was answer the phone and get paid for it. I was on CBC, NTV and BBC. You name it and I was on it,” Blackwood said.

Clarenville became famous for its UFO sighting. The hockey team changed their name to the Clarenville UFOs and local business began having UFO and alien themed sales.

The National Research Council in Ottawa, whose upper atmosphere research facility was responsible for UFO reports, suggested the object could have been Jupiter. Blackwood disagreed.

“I tore a strip off him. He had this big explanation, but he didn’t talk to me or talk to any of the other 12 witnesses,” Blackwood told The Packet. “He just surmised this on his own. There was this guy doing a paper on it. I told him what I thought of him. How the hell can a planet cast a shadow on the water? How can it come down that close that it can block out Random Island?”

Although Blackwood never figured out what it was he saw that night, he says he did not become a UFO enthusiast. He occasionally receives calls from UFO researchers and participated in an episode of a recent television show called Close Encounters. However, he says the sighting brought more grief than it was worth.