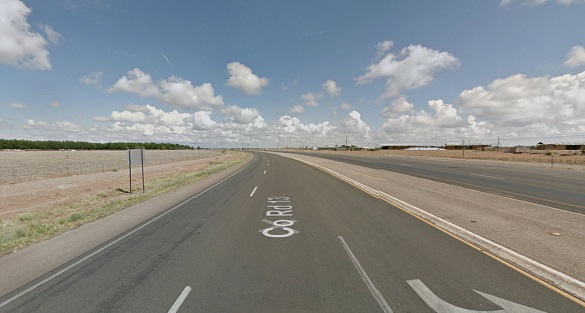 A New Mexico witness at Roswell reported a late-night encounter with a silent, triangle-shaped UFO just 20 feet ahead while driving along a main road moving out of town, according to testimony in Case 80348 from the Mutual UFO Network (MUFON) witness reporting database. 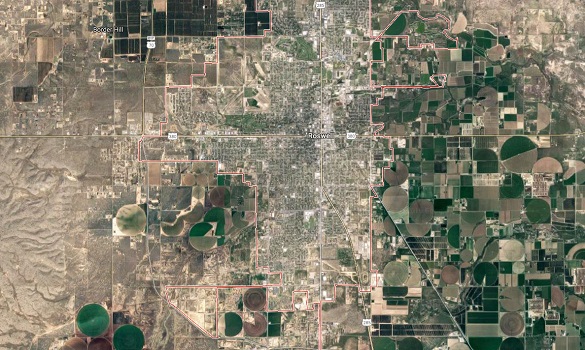 The witness was driving out of Roswell when the incident occurred. (Credit: Google)

The reporting witness stated that she and her husband were driving from Albuquerque to Carlsbad and had stopped in Roswell to grab a bite to eat before continuing their journey on October 24, 2016.

“After eating – well after sunset – we headed back on the main road out of town,” the witness stated.“Stopping at a red light, behind a couple cars, in our truck with vehicles all around us, we both noticed and said out loud that the object was coming straight towards us from the dark sky.”

The two had recently seen other strange lights.

“In the two week’s prior we had seen ‘lights’ in the sky around Albuquerque and thought this was going to be the same – nope.”

In comparison, this object was right in front of them. 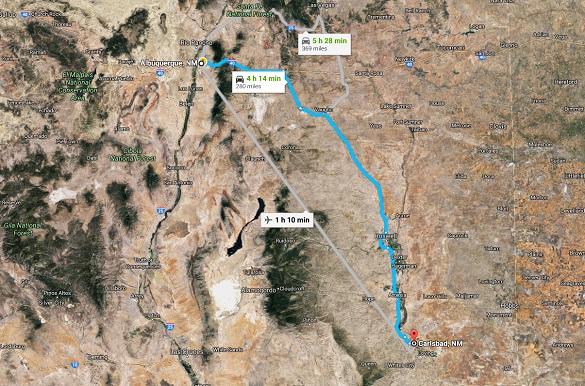 “This one was huge in comparison to the far away sightings we had seen before and close. I didn’t have time to take out my camera or to think really because I didn’t want to miss what was happening.”

“The object had lights on all ends, the front(or back) was more triangular with bright, white lights; the back(or front), which was closest to us, was more rounded, but still triangular and had bright red, green and blue lights shining down. It was larger than our truck, appeared to be a solid object and appeared out of ‘nowhere’ and coming straight towards us.”

The witness was not sure what the object was.

“I didn’t know what I thought it was, and after speaking with my husband later, he described what he thought maybe an optical illusion, but then dismissed it right away because I was at a different view point and there was no mistaking it was an object of sorts, not just lights from reflections.”

The object’s first appearance was very close to the witness.

“So, we first noticed it being about no more than 20 feet in front of us at about eye level. It slowly, and at the same time quickly, moved right to us and then stopped/hovered right over top of our truck. I thought I would be able to look out the back window and continue to follow its motion, but it was nowhere in sight when I did, and at the same time the traffic light was turning green (husband was driving) and we started driving forward.” 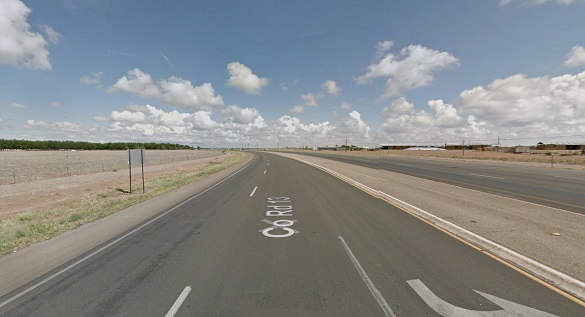 “I felt like numb, like did that really just happen and where did the thing go? Also, I didn’t have time to think in the moment, but later wondered, did the other cars see it too? They must have. My husband’s accounts of what occurred are right in line with everything that happened. I felt like it could have been a dream, but it was definitely real life. All this happened over the span of maybe 5-7 seconds and then everything was normal (ish) again.”

The witness has previously had unusual experiences.

“This was not the first experience I’ve had, but definitely the strangest and one worth reporting, I hope to have some light (no pun intended) shed on what happened that night. I must also say that on our trip home the following night we did see a black helicopter carrying something large underneath it – it was too far in the distance to fully capture and I was exhausted of thinking by that point. I don’t know where that was or what time and is not the original report, just had to mention. Thank you.”

Roswell is a city in New Mexico, and is the county seat of Chaves County, population 48,411. Arizona MUFON State Director Donald R. Burleson investigated this case and closed it as an Unknown.

“No conventional explanation for the nature of the described object comes readily to mind,” Burleson wrote in his report. “All things considered, the most prudent conclusion seems to be Unknown/UAV.”