Home / Articles / Roswell Revelation: The secret of hangar P-3
What was believed to be the main portion of the craft, and possibly three additional bodies lay untouched on the desert floor for the better part of four days. 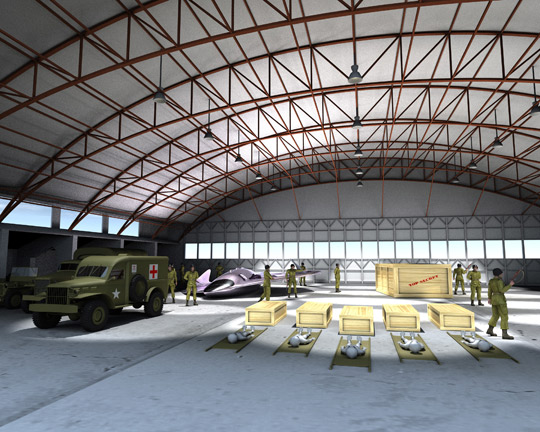 Illustration by John MacNeill of the scene inside of RAAF hangar P-3.

On July third 1947, an object of unknown origin crashed on the high desert region of New Mexico. According to the ground breaking book Witness to Roswell, the incident occurred sometime between 11:00 and 11:30 pm (just a few minutes before America’s Independence Day). Originally, the object exploded in mid-air over the Foster ranch approximately seventy-five miles north west of Roswell. Hundreds of pieces of debris rained down, and were scattered over an area measuring approximately 300 feet wide by ¾ of a mile long. Starting at the northern end of the debris field, a 500 foot long gouge stretched across the ground. As it continued to travel in an easterly direction, it’s believed that two bodies may have been ejected from the craft about 1-1/2 miles from the debris field. Rapidly losing altitude, the unknown object ultimately impacted a rocky outgrowth approximately forty-three miles north of Roswell, and just west of highway 285. What was believed to be the main portion of the craft, and possibly three additional bodies lay untouched on the desert floor for the better part of four days. They were eventually discovered by a team of archeologists from the University of Texas on the afternoon of July seventh.

Technically, there was no military involvement or “boots on the ground” regarding the Roswell case until the morning of July seventh when both Major Jesse Marcel (air intelligence officer) and CIC (Counter Intelligence Corps) commander Sheridan Cavitt examined the debris on the Foster ranch. The actual retrieval operation did not begin until the morning of July eighth, when George Houck drove his eighteen wheeler low-boy tractor trailer north of Roswell to the so called “second site”. With the retrieval operation in full gear, a large convoy of military vehicles was sighted around 3:00 pm traveling down Main Street in the direction of the base. Hangar P-3 building 84 became the central depository for both the debris, and the alleged bodies. It’s known from the testimony of staff sergeant Earl Fulford, that George Houck drove his low-boy tractor-trailer (carrying a tarp covered egg-shaped craft) directly into the hangar. Once inside, the debris, and the “victims of the wreck” would have been packaged, and made ready for the quickly planned flights to Eighth Air Force HQ (Fort Worth Texas) and Wright Field (Dayton Ohio). 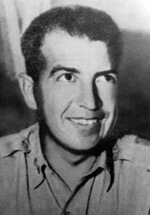 The logistics of transporting the material and “bodies” would have required the construction of at least five small wooden crates, and multiple larger crates (one of which was later guarded by corporal William Quigley). Stenciled lettering on the crates read “Top Secret”. Early in the Roswell investigation, physicist and researcher Stanton T. Friedman interviewed Sappho Henderson (widow of Captain Oliver W. “Pappy” Henderson). Sappho stated that Pappy told her that he was one of the pilots who flew the debris out of Roswell Army Air Field. He was also believed to have been a firsthand witness to actually seeing the bodies up close, presumably on the floor of hangar P-3. In 1977, Pappy Henderson relayed details of the Roswell incident to his close personal friend/dentist and military officer John Kromschroeder. He stated that he flew wreckage and bodies from Roswell Army Air Field, to Wright Field. Pappy described the material as “spacecraft garbage”, and the bodies as looking like “kind of little guys”, gray in color, with slanted eyes and tiny mouths. Because of the Top Secret nature of the incident, Henderson was unable to tell his wife Sappho about his involvement until after the story broke on the cover of supermarket tabloids during the early 1980’s. Unfortunately, Roswell researchers were unable to reach Pappy Henderson in person for an interview before he died in 1986 making his testimony secondhand. 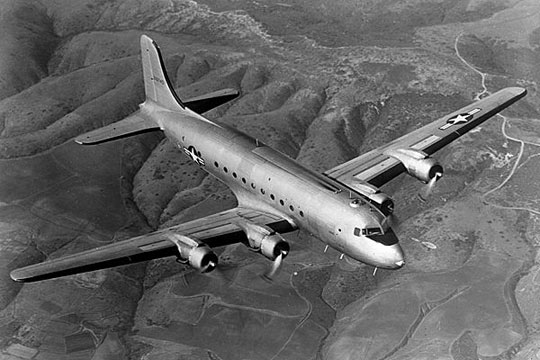 Now, with a significant portion of the clean-up operation complete, the process of flying the debris out of Roswell Army Air Field could begin. Researchers Tom Carey and Don Schmitt have painstakingly documented the departure flights. Pappy Henderson is known to have flown a C-54 cargo plane carrying perhaps two bodies and portions of the debris directly to Wright Field (Dayton Ohio). Another flight which departed RAAF on July ninth was a B-29 known as Straight Flush. It was confirmed to have been carrying in its bomb bay a large wooden crate which may have contained three additional bodies and portions of the wreckage. Major Jesse Marcel was known to have personally escorted pieces of the debris on a B-29 named Dave’s Dream to Eighth Air Force HQ (Fort Worth TX). This particular flight was booked all the way to Wright Field, and was actually completed by a B-25. On July fourteenth, Earl Fulford was known to have loaded a large crate into the cargo hold of a second C-54 which had its engines idling in front of hangar P-3. Finally, as late as November of 1947, a B-29 named Up an’ Atom flew a tear dropped shaped craft out of the base. Its destination was unknown. Two additional C-54’s were also believed to have been involved, bringing the total amount of aircraft which participated in the Roswell incident to seven.

With so many hurried emergency flights departing RAAF at approximately the same time-frame, it’s reasonable to conclude that they had absolutely nothing to do with either a weather balloon, or project Mogul balloon. In fact, dozens of weather balloons could have easily fit into the cargo hold or bomb bay of a C-54 or B-29, eliminating the need for multiple flights. Besides, how could a simple weather balloon cause a 500 foot long gouge in the ground? In addition, special unscheduled flights arrived at the base from Washington D.C., White Sands, Fort Bliss and Kirtland Army Air Field immediately after the incident. Stranger still, is the fact that when Straight Flush arrived at Fort Worth, it was met on the tarmac by a mortician. Again, if Roswell represented nothing more than the recovery of a weather balloon, why would George Houck need to quickly drive his tractor-trailer into hangar P-3, essentially keeping his secret cargo concealed from prying eyes? Today, Roswell Army Air Field is known as Roswell International Air Center. Gone from the base are the days of Atomic bombs, oil stained hangar floors, and four engine B-29’s. However, hangar P-3 building 84 still stands today, and Roswell proponents and skeptics alike are free to contemplate its historic past.