According to police, a large disc-shaped UFO was stolen from the International UFO Museum and Research Center in Roswell, New Mexico Saturday morning. After missing for several days, it was then found broken into pieces in a ditch on the side of a highway 2 miles outside of town. Although the theft was caught on a surveillance camera, the perpetrators of the crime are still at large. 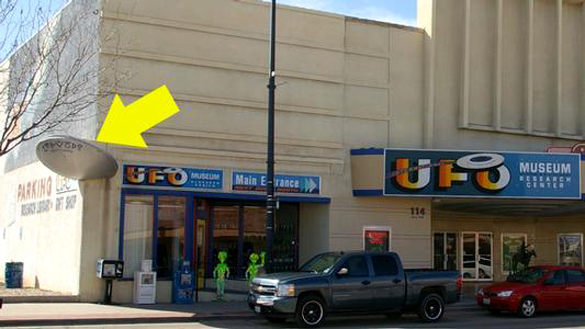 The large UFO is usually mounted on the corner of the building housing the museum. However, it was being stored in the back when it was taken. It had fallen off the building during a winter storm and had been fixed. The museum had plans to remount the UFO. 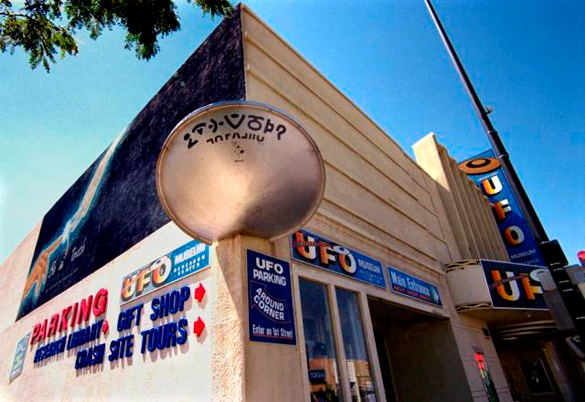 “Alien” writing on the underside of the museum’s UFO. (Credit: Richard Pipes/Albuquerque Journal) 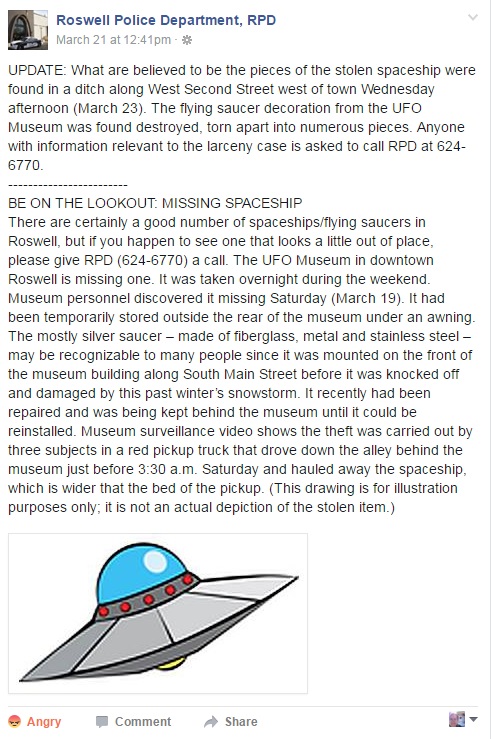 They also posted security camera footage of three men placing the disc in their truck. 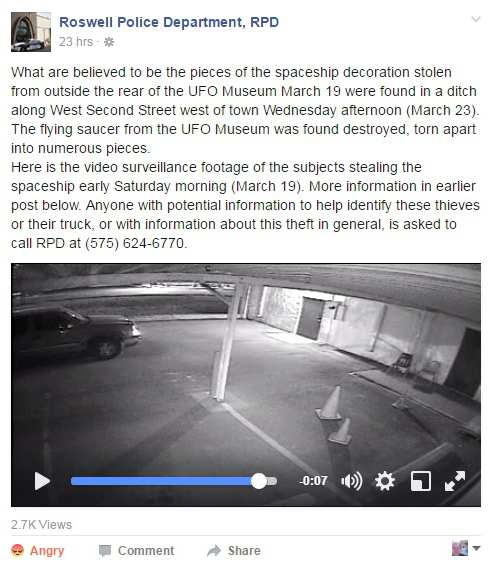 According to the Albuquerque Journal, the museum is right around the corner from the police department. 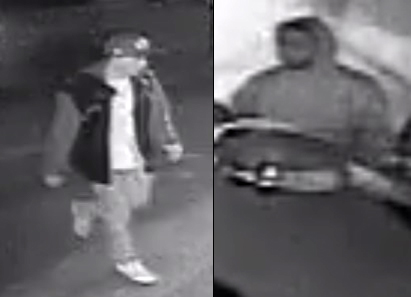 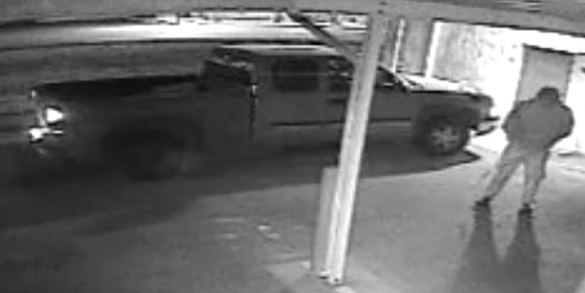 Third thief near the truck used to spirit away the UFO. (Credit: Roswell Police Department) 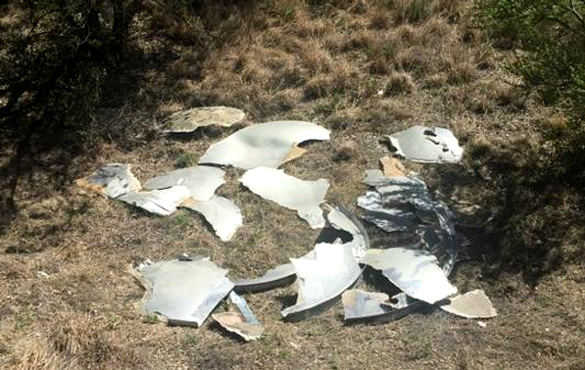 Photo of the UFO in pieces on the side of the highway. (Credit: Roswell Police Department)

“It’s a historical piece of our building,” Karen Jaramillo, the museum’s interim executive director, told the Albuquerque Journal. “It was just fiberglass and a stainless steel bowl wrapped with rope lights that changed colors at night. It’s sad that it is not with us anymore. We hope it is returned.”

The Roswell Police Department is asking anyone with information about the crime to contact them.

New Mexico news outlets are reporting that one of the alleged thieves has been caught. The police were able to track down the owner of the truck in the surveillance video using tips from the public.

Roswell police arrested a 17-year-old boy over the weekend in connection with the theft and destruction of a model UFO from the UFO Museum.

The unnamed teenager was arrested at his home in south Roswell Saturday morning.

Roswell police say they received numerous tips about who the suspects seen in surveillance video stealing the UFO were.

The UFO was stolen early March 19 and was recovered in pieces two miles west of Roswell on March 23.

Tips from the public led to the identification of the suspects’ truck and the teen who was arrested Saturday.

The teen was booked into the Chaves County Juvenile Detention Center. Police say he has declined to say anything further about the theft of the UFO.

Police are still looking for two other suspects seen in the surveillance video of the theft.