Home / Articles / The UFO secret of the Roswell atomic bomb pit
Although, this forgotten scene in the Roswell time-line doesn’t conclusively prove that “aliens” were involved, it does put forth powerful circumstantial evidence that both government explanations for the Roswell incident were disinformation at best, or carefully constructed lies.

The UFO secret of the Roswell atomic bomb pit

For sixty-four years now, the Roswell incident has been the center of a global controversy involving an alleged government cover-up of a UFO crash/retrieval operation. Despite the government’s own back-peddling with their 1947 “weather balloon” story, and the more recent 1995 Air Force report which claimed that the debris was part of a Top Secret program known as “Project Mogul”, UFO researchers remain justifiably skeptical. However, one event which took place at Roswell Army Air Field (highlighted in Tom Carey and Don Schmitt’s 2007 ground breaking publication Witness to Roswell) appears to have gone unnoticed by the general public. Although, this forgotten scene in the Roswell time-line doesn’t conclusively prove that “aliens” were involved, it does put forth powerful circumstantial evidence that both government explanations for the Roswell incident were disinformation at best, or carefully constructed lies. 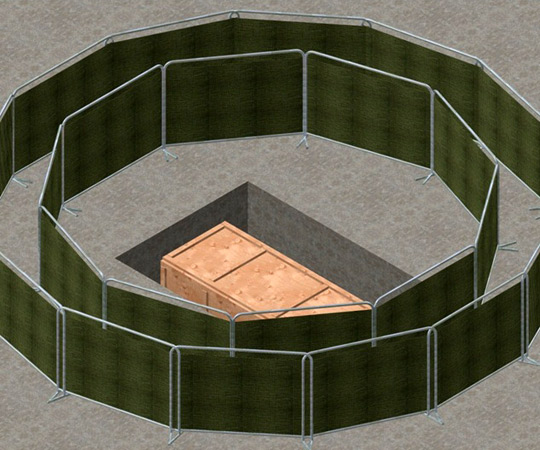 Illistration of bomb pit with security screens by Michael Schratt 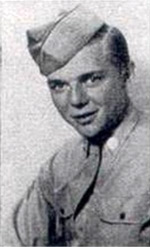 In the early morning hours of July 9, 1947 Corporal William L. Quigley (393rd Bomb Squadron) was abruptly awakened and whisked away from his barracks by way of an Army Jeep. His destination was the far side of the base across the flight line. It was at this location that atomic bombs were loaded into the bays of B-29 “Super Fortress” long range bombers. To facilitate the loading process, specially configured rectangular concrete “bomb pits” were built into the ground. These included a hydraulic lift designed to raise the 9,700 pound weapon into the B-29’s bomb bay. To keep the logistics of the loading process secret from prying eyes, the bomb pits were routinely shielded by a ring of 7-1/2 foot tall canvas screen barriers. Armed military police would generally be stationed on the outside of the screens to guard against any intruders.

Upon arriving at atomic bomb pit #1, Corporal Quigley was given an M-1 Carbide rifle, and was surprised to see a B-29 known as Necessary Evil parked over the square shaped below ground containment area. This time however, there was a double row of protective screens blocking the view of whatever was contained in the pit. The two rows of screens formed an alley which surrounded both the pit and lower surface of the B-29. Three others, two officers and an enlisted man were also issued rifles, and were told to stand by. Then, all four were led inside the outer row of screens, and were given orders to challenge anyone who dared to breach the protective screens. All four were authorized to use deadly force if necessary. Unknown to all of them at the time, a large wooden crate rested at the bottom of the pit. It measured 4’ X 5’ X 15’. At the conclusion of Corporal Quigley’s shift, all four men were taken over to the squadron head quarters, and were ordered to sign non-disclosure security papers, and were told that they were “never there”.

Shortly after his unusual experience, Corporal Quigley became aware that there was something “bigger than an A-bomb” going on at the base that night. Indeed, Quigley’s strange and brief guard duty was specifically designed so that even the military police on base would never gain access to the inner row of screens (he had the highest level of clearance issued to an enlisted man). Apparently, the security clearance held by the MP’s was not high enough for whatever was secretly hidden inside the pit. All along, Quigley believed that what he was guarding was a standard atomic bomb. He would later find out that this was not the case. Almost ready for departure on a historic flight to Eight Air Force head quarters (Fort Worth, TX) on July 9, Necessary Evil developed loading problems in its forward bomb bay, and B-29 Straight Flush was substituted in its place. 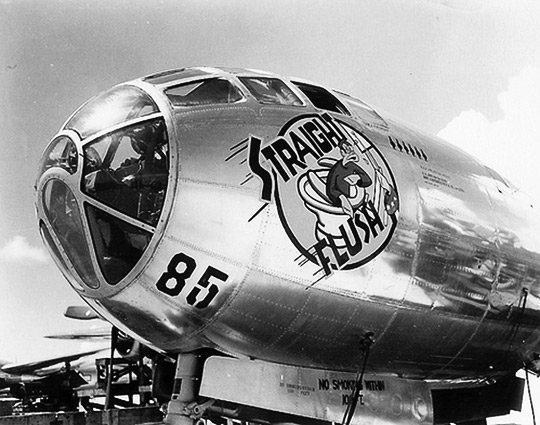 It absolutely defies any reasonable sense of logic to conclude that what those four men were guarding briefly in the atomic bomb pit was a weather balloon. What could be contained in that wooden crate that was so highly classified that even the military police on-base were not allowed to guard its inner perimeter of protective screens? Why the need for a double row of protective screens beyond what was customary for an atomic bomb? Also, if it was strictly a weather balloon, why were the four men ordered to sign what was essentially non-disclosure agreements? Weather balloons used at the base during this time-frame consisted of latex, balsa wood, paper, and tin foil (hardly classified material). In addition, it’s been known for decades that the Mogul balloon program (United States project to monitor Soviet atomic bomb tests) utilized essentially the same material as was used for weather balloons. Therefore, the overall Mogul PROJECT was classified, but certainly not its MATERIALS. Dedicated researchers of the Roswell incident can’t conclusively prove at this time that the famous flight of B-29 Straight Flush contained extraterrestrial bodies. However, due to the ground breaking testimony of former Roswell Army Air Field enlisted men like Corporal William L. Quigley, we can conclusively surmise that the government’s two previous explanations for Roswell are full of hot air.