"… But I'm a firm believer — have seen, have felt, have been contacted three or four different times."

Legendary rock star, Sammy Hagar, has had a successful solo career and was once the singer for the band Van Halen, however it’s possible he had some help reaching his stardom from the stars. Hagar claims that he has had multiple experiences with extraterrestrials who helped influence his music. 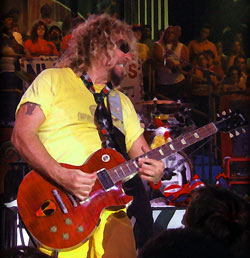 In an interview with Guitar World, Hagar told his story: “It’s been a long, long time, but back in about ’68, in Fontana, California, I had this unbelievable experience that would take this whole interview to even go into… But I’m a firm believer — have seen, have felt, have been contacted three or four different times. I have received information that has been valuable in my life from those people, and they have used me. I’m gonna sound like a complete nut here, but they have used me in an experimental fashion. The easiest way to put it is that they downloaded my brain information. When I was about 19 or 20, they downloaded everything that was in my head. And I caught ’em doin’ it! I woke up in the middle of the night, thinkin’, ‘What’s goin’ on?’ They were like, ‘Oh, my god, he’s waking up!’ But this was all telepathy — there were no words being spoken. And as soon as I woke up — it was probably three o’clock in the morning — my whole room was so bright that I could hardly keep my eyes open. I was wide-awake, I could not move, eyes open, white room, they were still disconnecting — and when they did, it just went bang! Everything went back to normal, back to black. I was shaking, I almost passed out, I was sick to my stomach and almost had to throw up, it was so scary…”

“It sent me on a course of curiosity. I bought a telescope, and I started reading UFO books, and I just got into the whole thing. And since then, there have been three or four other contacts with the same group of people. I don’t know who the **** they are, but I’ve narrowed them down to a people called the Nine, who are called that because they’re from the Ninth Dimension. I’ve named my publishing company the Nine Music after them. It’s a crazy thing, man. But to me, anyone who thinks we’re the only ones here, despite the vastness of the entire universe, is ****ing crazy. Those people gotta be put away — not the guys having these contacts!”

In a news interview Hagar further described the visit, “They didn’t come into my room. They were parked up on a hill behind the house about 12 miles away, and they were connecting into my brain.”

In his book, Alien Rock, Michael Luckman says that when pushed to describe the beings, Hagar said they were just pure energy. 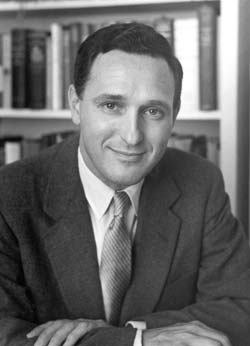 The history of people chanelling a group called “The Nine” goes back possibly over 50 years. According to a story in the Fortean Times, it began with parapsychologist, Andrija Puharich. He brought an Indian mystic into his laboratory who began channeling The Nine. Puharich was also known for discovering the famous psychic Uri Geller, who supposedly also channeled The Nine. Eventually Puharich started a research organization called Lab Nine to find other channellers that were allegedly in contact with this group.

Over the years many famous people have had an interest in “The Nine”, including the creator of Star Trek, Gene Rodenberry, according to the Fortean Times article. Rodenberry had apparently written a script about their channelings, but it never made it into production.

Sammy Hagar isn’t kidding when he says he has had these contacts, and he also claims that there were no drugs involved with these contacts. So is his music influenced by ET? Luckman believes this may be the case for many of the world’s leading artists. If that’s true, there must be some great galactic jams in the cosmos, that hopefully humans will one day be able to take part in.