Home / UFO video portal / Robert Dean – A Summing Up: Where Do We Go From Here?

Robert Dean – A Summing Up: Where Do We Go From Here?

Robert Dean will discuss a few factual and heartbreaking reasons why full disclosure will not happen in our time and why the cover-up will continue. Come listen as Dean discusses: the true story of “Billy do”; face to face and psychic shock; the Anakim return; the admiral fainted; Charles Fort was right; and a few painful personal disclosures.

Robert Dean is a retired Command Sergeant Major in the U.S. Army and claims to have viewed “Cosmic Top Secret” documents detailing alien activity on Earth. He says that in 1964, U.S. Air Force colonel Frank Collins gave him access to a copy of a document called “An Assessment: An Evaluation of a Possible Threat to Allied Forces in Europe.” He was surprised to discover that the document was a secret NATO report on UFOs. He now lectures on UFOs around the world and has been described as an elder statesman of the UFO community. 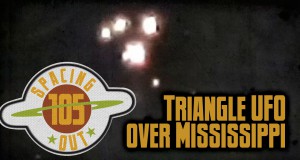