A coming-of-age teenage angst comedy-drama packaged in a sci-fi action UFO conspiracy story, Super 8 crosses genres and generations to make a movie that is appealing to all.

Super 8 pays homage to one of its producers, Steven Spielberg, with aspects of Goonies, ET: The Extra-terrestrial, Stand by Me, and Jurassic Park. However, it was written and directed by J.J. Abrams, who among other things created the TV show Lost and the movie Cloverfield. Many people are fans of the prior, not as many the later; I am a fan of both. Lucky for me, because I could see aspects of both in Super 8, and liked it.

Super 8 is the story of a 13 year old boy who, along with a group of buddies, is helping a friend make a zombie movie with a Super 8 camera. His name is Joe Lamb. During a shoot at an old abandoned train station, the boys, and one of their schoolmate actresses, witness a train crash. Eventually, they realize the train belonged to the Air Force and its cargo was important enough to bring Air Force soldiers to recover the mysterious cargo and create a stir in the kids’ small town. Things get scarier, and more Steven King-ish, when animals begin to leave town, and even worse, people start to go missing.

All the while our young protagonist must deal with the recent death of his mother, his grouchy father who is having a hard time balancing his career as a local police officer with the sudden responsibilities of being a single parent, his feeling for the cute new leading lady in his buddy’s zombie movie, and on top of it all he has to figure out how to save the town from whatever was on that train that is causing people to go missing. That’s a lot to handle for a kid. Lucky for him, and the audience, he has a gang of hilarious foul-mouthed pre-pubescent friends that are sticking with him on this journey of discovery, romance and adventure. 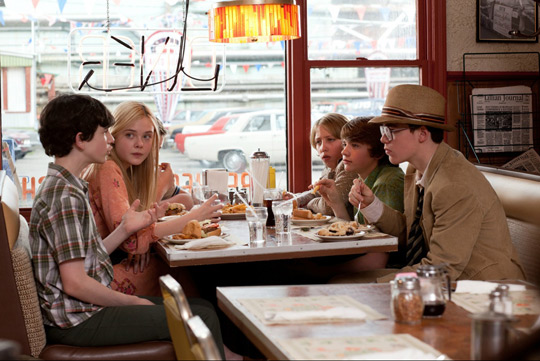 This all leads to a delightful roller coaster ride traversing through moments of fear, action, nostalgia, humor, awe, and a moment or two of sentiment. The sentimental scenes were enough for at least one lady a few chairs away from me to bawl her a** off. I always like to partially grade movies off of their emotional depth and this movie invokes a wide spectrum of feelings. The ease, at which the filmmaker moves your through all of these emotions, is reminiscent of Spielberg’s movie masterpieces that were similar in this aspect. 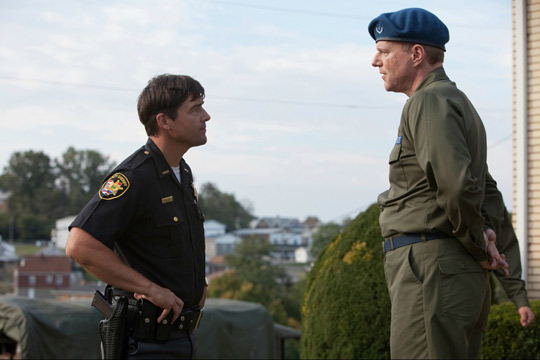 For me, Super 8 is going to be a tough one to top when it comes to the summer movie procession. With UFOs, extraterrestrials (c’mon that isn’t a spoiler anymore), and the Air Force going too far to cover up the truth, it’s great for UFO geeks. It is also good for the family. It isn’t gory nor does it have any steamy sex scenes. The only thing to look out for is that the kids in the movie do some swearing. I give it a four out of five, and my advice is that you go see it.