Home / Articles / Reviews / Review: “I Know What I Saw” – James Fox nails the issue of credibility and UFOs
False stereotypes – like the supposed lack of credibility of both UFO witnesses and investigations – have dogged the UFO field forever. The new, long-awaited, two-hour documentary by James Fox, “I Know What I Saw,” broadcast on the History Channel in October, should dispel that misleading stereotype for good.

Review: “I Know What I Saw” – James Fox nails the issue of credibility and UFOs

False stereotypes – like the supposed lack of credibility of both UFO witnesses and investigations – have dogged the UFO field forever. The new, long-awaited, two-hour documentary by James Fox, “I Know What I Saw,” broadcast on the History Channel in October, should dispel that misleading stereotype for good.

The film was primarily based on the panel that Fox, and journalist Leslie Kean of the Coalition for Freedom of Information, assembled at the National Press Club (NPC) in Washington, D.C. on Nov. 12, 2007. The 14 speakers included two retired generals and several other military officers, a former governor, civil pilots and government scientists from seven countries (Belgium, Chile, France, Iran, Peru, U.K. and the U.S.). It was one of the most credible UFO panels ever assembled. 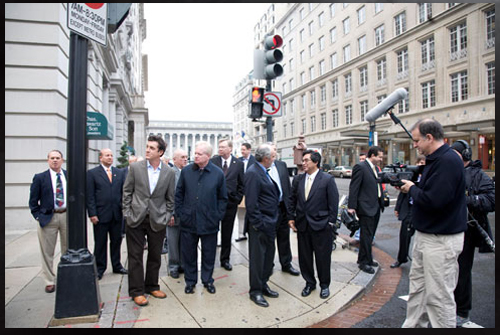 James Fox, who already made a name in the field with his previous “Out of the Blue” documentary, begins “I Know What I Saw” with the famous Phoenix Lights of March 13, 1997. The latest film’s title, in fact, comes from one of the witnesses.

Fife Symington, the Arizona governor in 1997, was also a witness of the huge, structured craft that crossed the Phoenix metropolitan area that March evening. Symington, who served as moderator for the NPC Panel, reveals in the documentary why he took the questionable decision of ridiculing the incident publicly. He says he was afraid the incident could lead to panic and distract the conduct of state government and business. Former presidential candidate and current Arizona Senator John McCain, in a radio interview and a written letter, also stresses in the documentary that the explanation for the Phoenix Lights has not been established.

The film then moves on to the equally famous incidents at the Rendlesham Forest and Bentwaters Air Force Base in Suffolk, England, in late December, 1980. Col. Charles Halt, the deputy base commander, and U.S. Air Force Sgt. Jim Penniston appeared on the NPC Panel. And, the film also includes interviews with Sgt. Nevills (who was on the patrol with Halt) and others. While the Bentwaters case is well known and was already discussed in “Out of the Blue,” Fox takes the original witnesses back to the Rendlesham Forest and then asks an expert in cryptology to try to decipher the symbols that Penniston jotted down in a small notebook on the first night when he and airman John Burroughs witnessed a UFO land in the forest. The expert can’t specifically decipher the alien symbols, but his comments are thought-provoking.

Among the number of important cases discussed by “I Know What I Saw” are the famous Iranian dogfight of September, 1976, the Belgian wave of 1990, the Japan Airlines radar-visual case in Alaska in November, 1986, as well as other airliner sightings in England and France. The more recent sightings in Stephenville, Texas, in January, 2008, are also discussed.

Two scientists who participated in the French Space Agency (CNES) UFO investigation,  doctors Claude Poher and Jean-Claude Ribes, attended the NPC Panel. Fox and Kean also traveled to Paris to interview the current director of that program, Jacques Patenet, as well as Ret. Gen. Denis Letty, who coordinated the semi-official COMETA Report. This last group of retired French military and intelligence officers and government scientists issued in 1999 a very strong report endorsing the reality of UFOs, and the resulting defense implications. 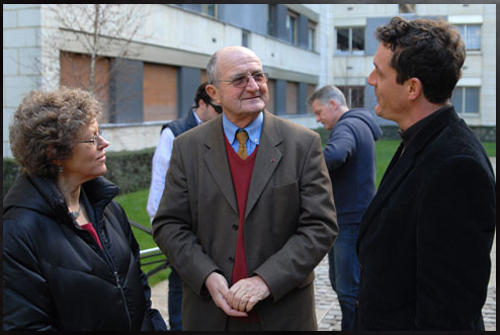 Some critics may object that most of the cases presented by Fox were already well known and have been treated in his previous documentary, and other productions. Others may say that he didn’t go far enough because there were no discussions of Roswell, abductions, crop circles and many other issues. But these criticisms miss the point.

What Fox intended to do, both with the 2007 National Press Club Panel and in his new documentary, was to nail once and for all the issue of credibility and UFOs. He succeeded very well in his endeavor. Presented on camera were retired generals Wilfred De Brouwer from Belgium and Parviz Jafari of Iran, space agency officials from France, military and civil pilots, radar controllers and government scientists (there were also brief interviews with Jimmy Carter and astronaut Gordon Cooper).

These people were all involved with UFOs either as witnesses or investigators in an official capacity, and all the cases presented defy any explanation other than the fact we are dealing with an advanced technology and presence of unknown origin and purpose. If you believe that there is a lack of credibility to prove the UFO phenomenon, then you will have to revise your thoughts after seeing James Fox’s powerful “I Know What I Saw” documentary – unless you have a completely closed mind.