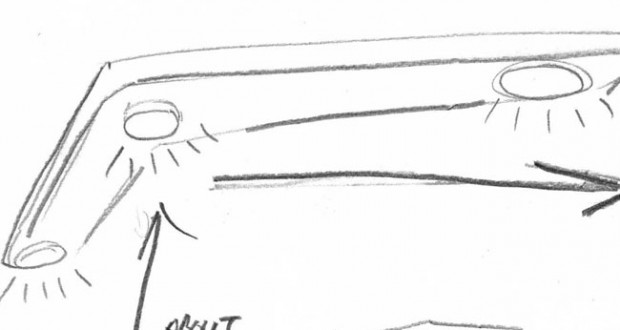 A retired police officer reported watching a low flying boomerang-shaped UFO that moved over Daubenberger Road in Turlock, CA, about 7 p.m. on January 24, 2015, according to testimony in Case 62855 from the Mutual UFO Network (MUFON) witness reporting database.

The witness and his wife were driving home at the time of the incident. 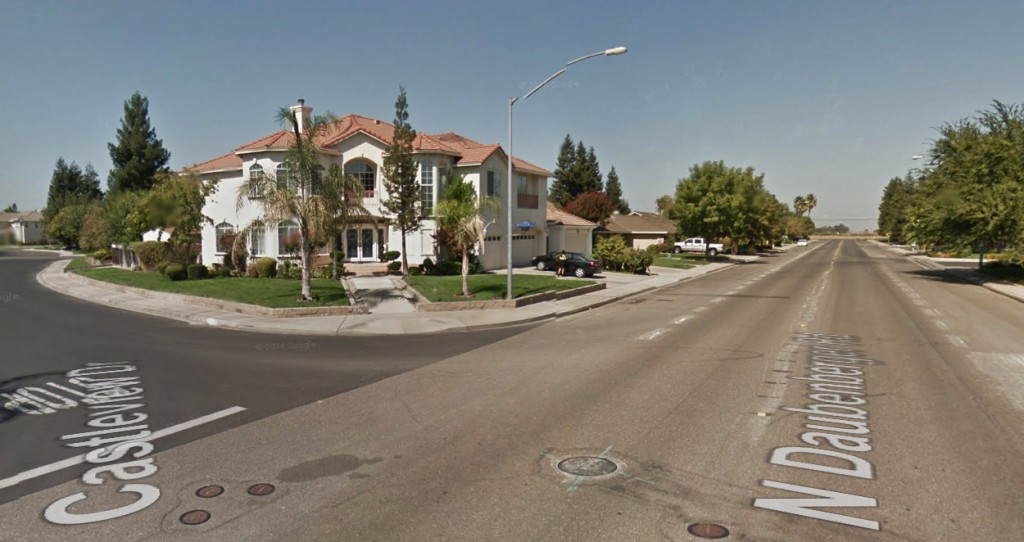 The witness said the object was difficult to see in the fog but was 100 to 200 feet above his truck. Pictured: The intersection of Daubenberg Road and Castle View. (Credit: Google)

“It is foggy tonight, but saw three white lights in a backwards triangle, possibly a boomerang shape,” the witness stated. “Difficult to see in the fog/haze layer, about 100-200 feet above my truck moving slowly at first, then speeding up and quickly disappearing into the fog.”

The witness said the object was heading northbound over houses going towards a cornfield north of Tuolumne Road.

“No sound. My wife was riding in the passenger seat, but was looking down at her phone when I pointed it out. She did not see it before it disappeared into the fog/haze bank.” 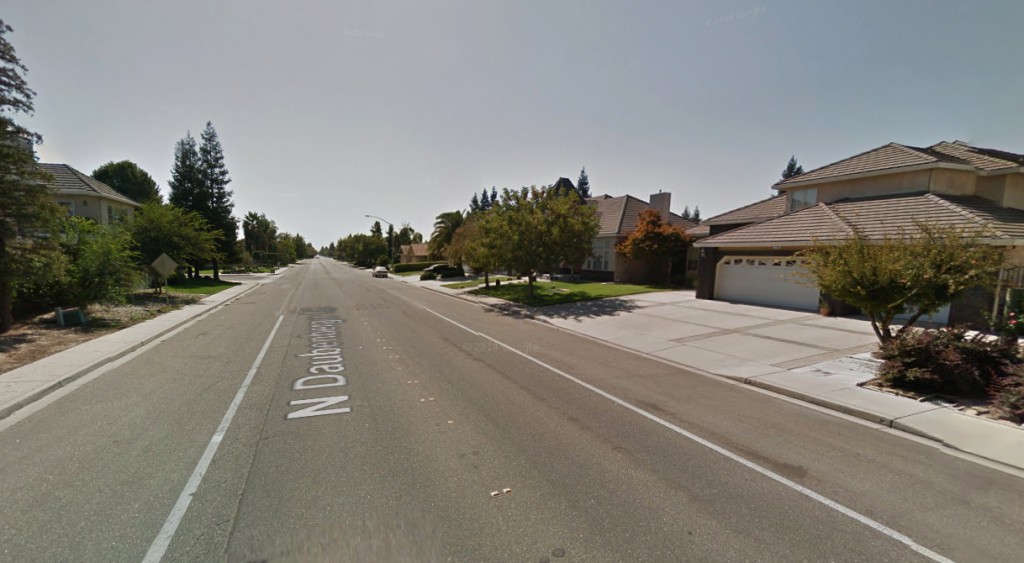 The witness said the object made no sound as it moved overhead. Pictured: Heading north along Daubenberg Road toward Castle View in Turlock, CA. (Credit: Google)

The witness provided his professional background.

“I am a retired police officer and veteran USAF aircraft crew chief and veteran Army intelligence. It did not appear to look like any aircraft I am familiar with. It was very strange.”

The witness provided one illustration with the MUFON report, which was filed on January 24, 2015: Illustration 1. 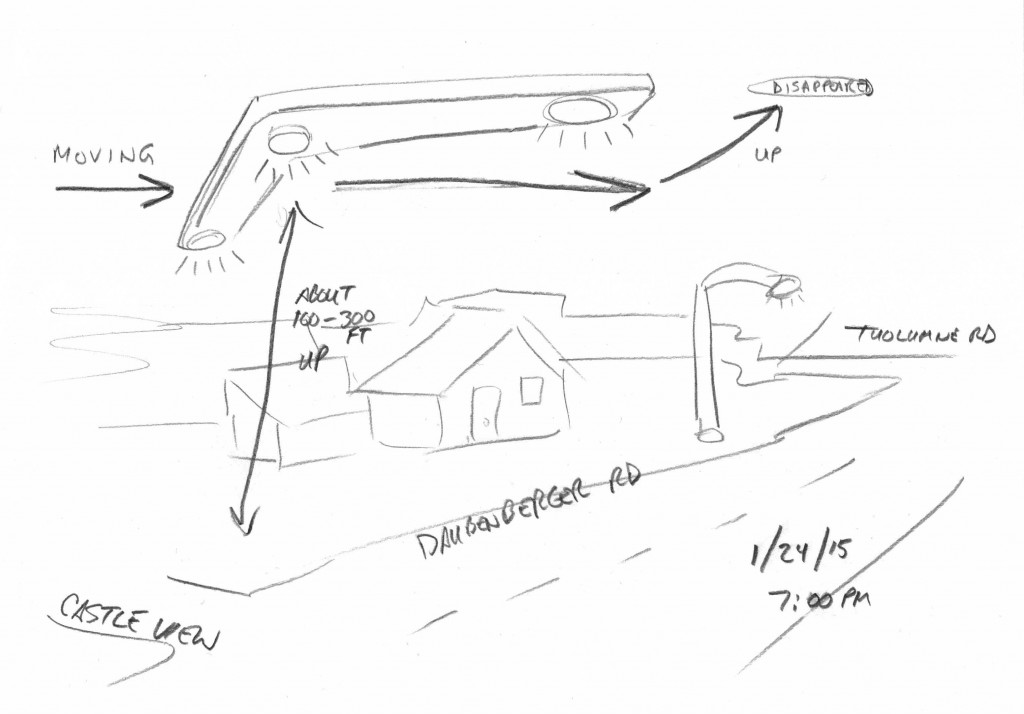 Witness illustration of the object near the intersection of Daubenberg Road and Castle View in Turlock, CA, about 7 p.m. on January 24, 2015. (Credit: MUFON)

Turlock is a city in Stanislaus County, California, population of 70,365.