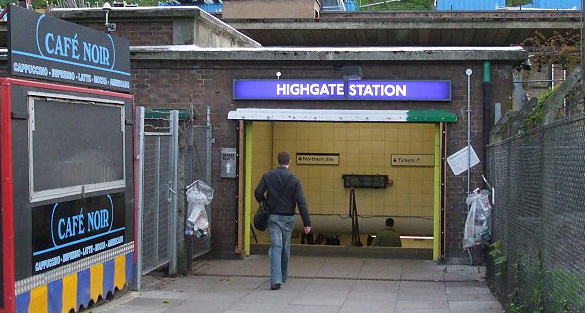 Residents in Highgate, a North London suburb, have been reporting loud noises that sound like explosions. Authorities have not been able to determine the source of the explosions, but a poll by the Ham & High newspaper shows that residents believe the noises are either due to a faulty electrical substation or UFOs.

Highgate is a swanky part of London and home to many celebrities. It is not the type of place you would expect to be making news about anomalous phenomena. However, the noises have been reported for 18 months, and although many possible sources have been investigated, there is still no answer to where they come from. 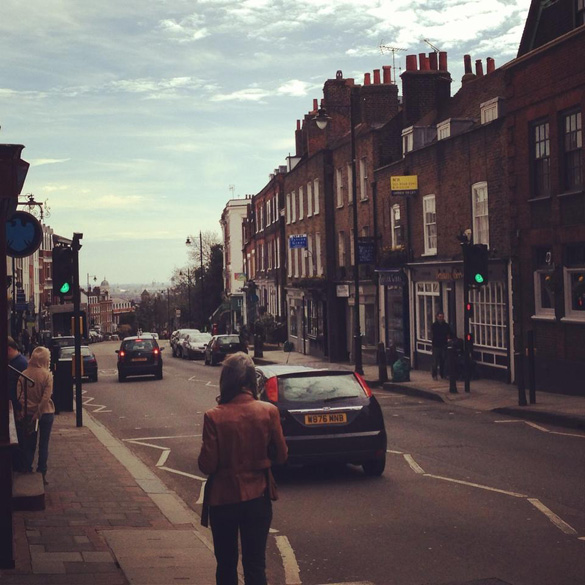 Highgate Village. An expensive suburb in North London that is home to many celebrities. (Credit: Foursquare/Ben W.)

A recent incident took place Monday night at about 10 pm. One witness, Will Wheatcroft, told Ham & High that he was sitting on the sofa with his fiancée when he heard a “very loud explosion.” He said, “Really it sounded like a car bomb or a gas explosion. It made us turn around and say, ‘What the hell was that?’ I expected to hear sirens a few minutes afterwards, but there weren’t any.” 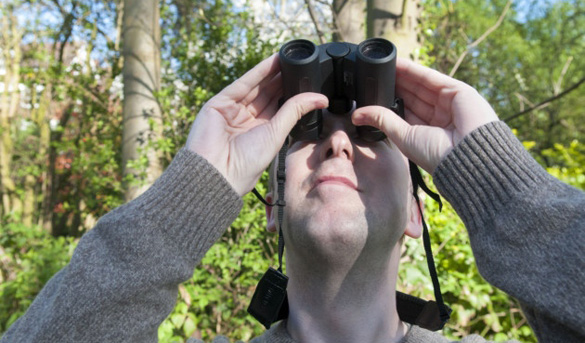 Some residents have even reported that their houses shook, or that they also saw large flashes of light.

Carrie Kilpatrick, a TV producer who is investigating the noises says she has heard them as well. “It’s just so mysterious. Sometimes it’s more than once a week and then you don’t hear it for a while,” she said. “Friday night seems to be most popular. It can be at any time between 10 pm and midnight.” 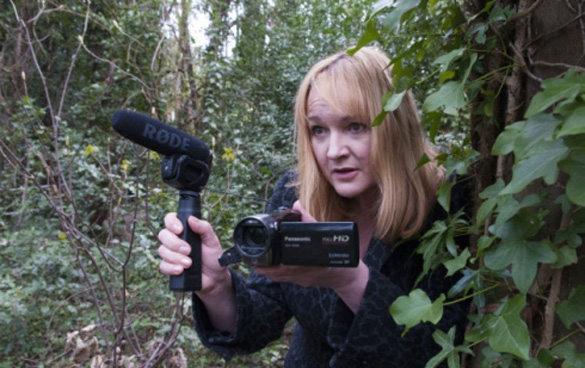 Carrie Kilpatrick investigates the strange noises that have kept her son up at night. (Credit: Ham & High/Nigel Sutton)

The latest reported explosion was Tuesday night. One report could be found on twitter, and a couple also reported it to the police.

Highgate is in the borough of Haringey, and the Haringey council is now advising residents to no longer contact the police with their reports, but to alert the council’s noise team.

Thus far, the authorities have ruled out gas explosions and the local electrical substation as possible sources of the noises. They also have not found the noises to be linked to thunder or lightening. They have ruled out sounds from repair work being done on the sewers, and there has been no explosive work being done at the Highgate Underground station. 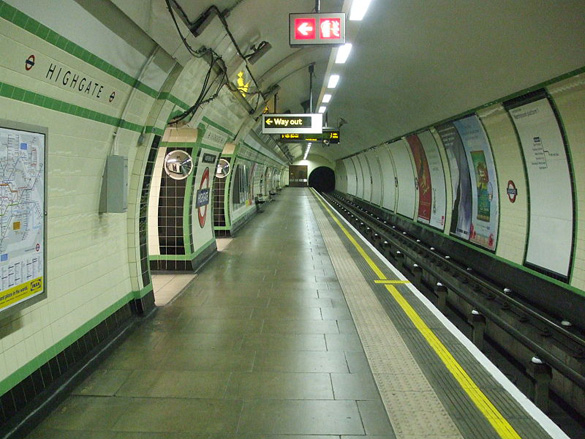 Sonic booms were suspected, but the Department of Transportation has said sonic booms would be heard across a much larger area. One council member suggested it could be kids with fireworks in the forest, but the noise team has yet to come up with a definitive answer. 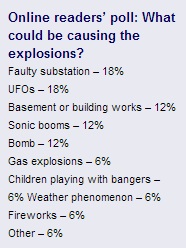 Residents, however, have their own ideas. Ham & High ran a poll to find out what their reader’s think might be causing the loud noises. It included gas explosions, cars backfiring, children playing with bangers (noise makers), sonic booms, weather phenomenon, fireworks, UFOs, a faulty substation, basement or building works, bomb, or other.

Survey says? Most residents voted for UFOs or a faulty substation. They both came in at 18%. Next were basement or building works, sonic booms, or a bomb, all at 12%. Everything else came in at less than 10%.

So are UFOs to blame for the mysterious explosions? Of the top two vote getters, a faulty substation has already been ruled out by authorities, but not UFOs. Hopefully, the Haringey council’s noise team will discover the true origins of the sounds so they can put a stop to them, because if the sounds are due to trouble-making extraterrestrials we might not be able to do anything about it. That would be tantamount to galactic bullying. Not cool, aliens.