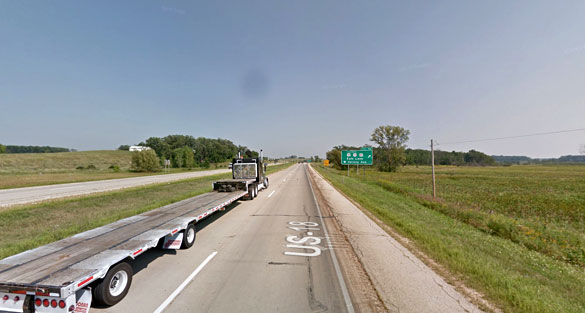 A Wisconsin witness at Verona reported watching a “hovering black object” about 500 feet off of the ground in a rectangular shape, according to testimony in Case 74442 from the Mutual UFO Network (MUFON) witness reporting database. 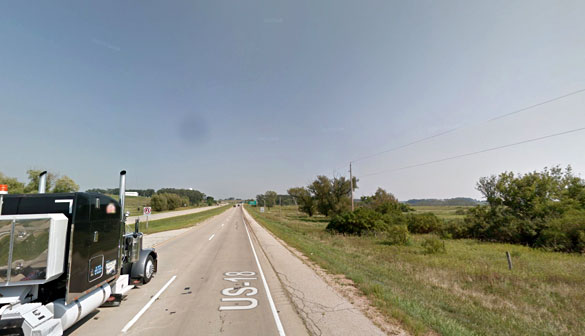 “I pulled over since I noticed that the object was not moving,” the witness stated.“I noticed the object since it had four red lights on each corner and a blinking white light in the center.”

The witness first assumed the object was simply a plane at a distance, but moving closer realized it was something else. 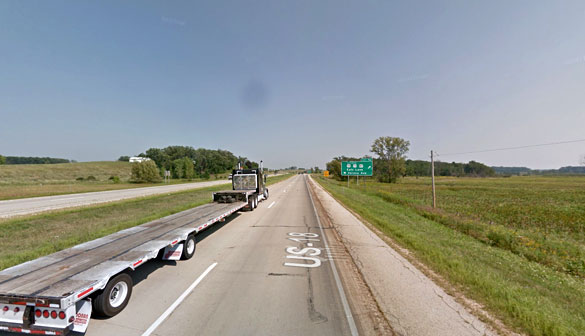 “My second thought was that it was some sort of drone, which was not the case either since the object was rather large, about the size of a car. The next thing I noticed is that the object was sort of a transparent color, so with the dark color of the sky at 5 a.m., it appeared black.”

The object remained hovering during the entire observation.

“As I was leaving, the object was still stationary until it was out of my sight. I asked coworkers that take the same route, but take the route at a later time, and they said that they did not notice anything. So I deducted that this object was stationary there for about 30 minutes. I waited to see if there were reports on anything seen since there was heavy traffic on the highway rather close to the location.” 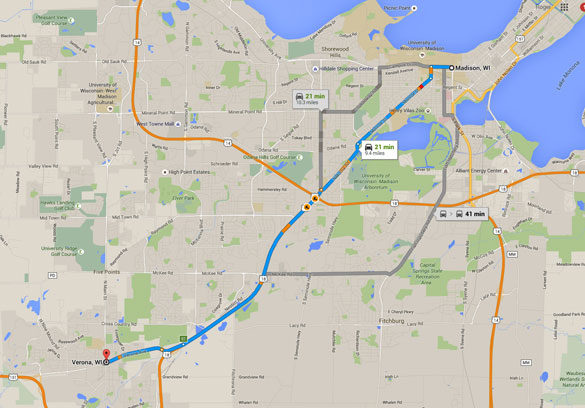 Verona is about 10 miles southwest of Madison, WI. (Credit: Google)

Wisconsin MUFON State Director Michael Lucas is investigating. Verona is a city in Dane County, Wisconsin, population 10,619. Please remember that most UFO sightings can be explained as something natural or man-made. The above quotes were edited for clarity. Please report UFO activity to MUFON.com.