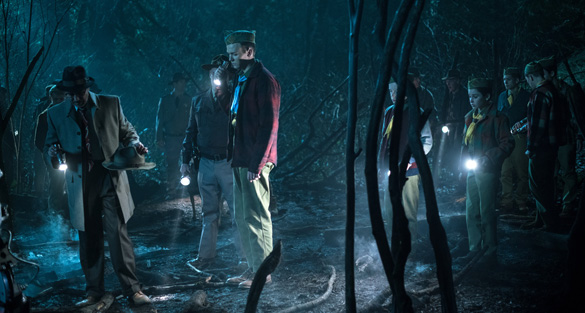 This week’s episode of History’s Project Blue Book included reference to Hynek’s infamous swamp gas theory and an interesting case of an alleged alien encounter by a scout master that was investigated by Project Blue Book Chief Edward Ruppelt.

In 1966, UFOs were reported in Michigan. It created quite a stir. When the U.S. Air Force was consulted, Dr. Hynek suggested they could be due to swamp gas. The public did not like this explanation. Neither did Michigan Senator – and future president – Gerald Ford. In fact, he suggested congressional hearings on the matter.

Another real-life incident referenced in this incident was a report by a scoutmaster of an alien encounter. In West Palm Beach Florida, in 1952, a the scoutmaster and some of his scouts claimed to see a UFO while driving in a car. The scoutmaster got out to investigate and ended up having a harrowing experience. Project Blue Book Chief Edward Ruppelt investigated this case personally.

Read more about these case and how they fit into the show on my full review on Den of Geek here: Project Blue Book Episode 7 Review: The Scoutmaster.