A professor from the University of Missouri-Columbia wants congress to look into the UFO issue. 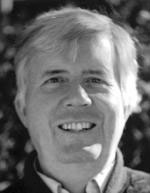 A professor from the University of Missouri-Columbia wants congress to look into the UFO issue. According to AOL News, Bill Wickersham has called for “open, secrecy-free U.S. Congressional hearings on the UFO/ET matter.” To support his request, the adjunct professor of peace studies cites the 1999 COMETA Report. A 13-member committee in France, made up of retired generals, scientists and space experts, created this report, which studied 500 UFO sightings from around the world. And this report concluded that some of the UFO cases possibly had otherworldly source.

But given the current political climate, Wickersham told AOL News that he does not think a congressional hearing on UFOs has much of a chance of happening right now. He went on to say, “And what’s more, look at what happened to [2008 Ohio Democratic presidential candidate] Dennis Kucinich. The giggle factor, the ridicule, the ignorance, the apathy, denial — all these things that surround this issue. It takes a lot of guts for a politician [to speak out on UFOs]. Most politicians run from it.”

Wickersham’s letter calling for the congressional UFO hearing is published on the Columbia Missourian website.