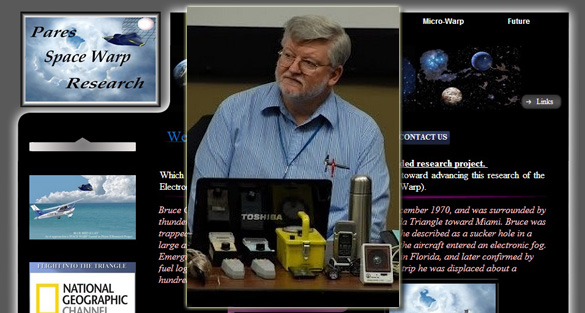 Open Minds UFO Radio: David Pares is an Adjunct Professor at the University of Nebraska at Omaha, Metropolitan Community College, Nebraska Wesleyan, and at Buena Vista College. He teaches Physics, Meteorology, Physical Science, Astronomy, Physical Geography (Weather and Climate) & (Soils and Landforms), Physical Geology and Statistics. In his spare time he runs Space Warp experiments in his garage. He says that Space Warps, like the ones in the sci-fi movies, that bend space allowing faster-than-light travel, occur in nature. He has observed the phenomenon and now he believes he has recreated it on a very small scale in his lab. Pares explains his experiments, how he believes Space Warp technology works, and the exciting implications for the future. You can see his lab and read more about his experiments at his website: www.ParesSpaceWarpResearch.org