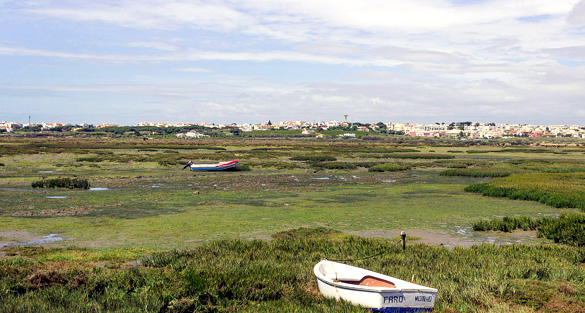 A Portuguese witness at Faro who is a pilot reported a cross-shaped UFO crossing the sky, according to Case 74679 from the Mutual UFO Network (MUFON) witness reporting database.

The witness was outside near his home at 3 p.m. on September 13, 2015, when the incident occurred.

“The Algarve, Portugal, sighting was a clear UFO,” the witness stated. “I am using aviation phrases to describe conditions. I am flying for more than 15 years.” 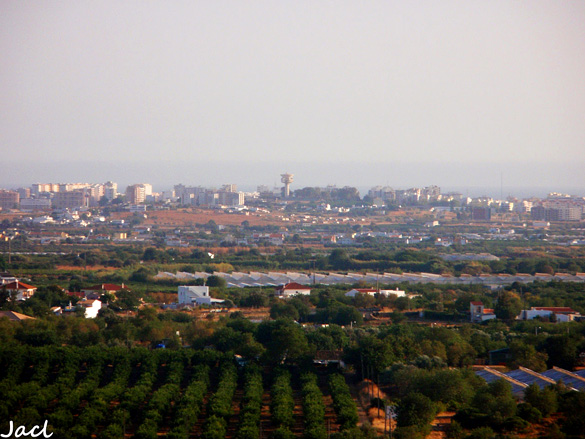 A view of the skyline of the Algarvian capital of Faro. (Credit: Wikimedia Commons)

“No noise, no directional change, straight line path flying over the coastline on approximately track 270 magnetic course. The sun at the day in early September was shining bright conditions CAVOK. From the side where the sun lighted the object it was white and had a shape like a Katana micro plane – the school two-seater, but was built up in two levels. On the backside there raged out a hockey stick-like aileron which was not moving.”

The witness reviewed the object’s position and ground speed.

“The object was flying direction west parallel to the eastwards right-hand upwind of FAO airport (the usual commercial outbound) routing. This means against the direction of commercial traffic and a bit above the route. The object was moving with approximately 250 KTS steadily.” 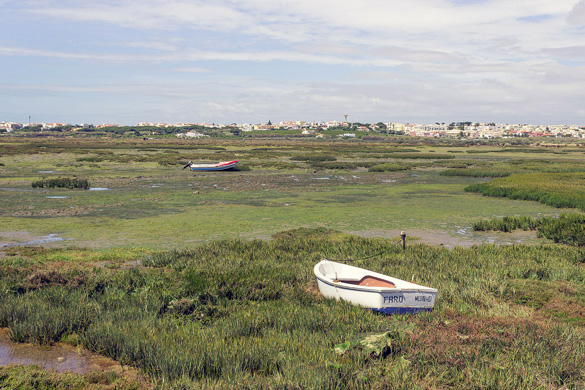 A boat stranded on the coast of Ria Formosa in Faro. (Credit: Wikimedia Commons)

The witness tried to keep the object in sight as it moved.

“As I ran behind the next building to follow it up, it was out of my sight at approximately 60 degrees angle from the horizon directly over the city center of Quarteira, Portugal, direction Albufeira.”

The witness is certain the object was nothing he has ever seen.

“Conclusion: We have a small house in the area which I have been visiting since 25 years. In this time there I have never witnessed such an object flying in the area. Also there was sure no educated pilot in charge, because flying an object in a departure area of an international airport would be suicidal.”

Monique Lessan for MUFON International investigated and closed this case as an Unknown. The case was reported to MUFON on February 23, 2016.

“The ceiling and visibility was okay,” Lessan wrote in her report. “This means that in a range of 10 nautical miles around the spot there wasn’t any clouds or cloud ceiling up to 10,000 feet/ground. According to the witness, the object came from the east and headed straight towards the west in steady altitude. No position lights, no noise, no glow– nothing.The witness stated that as it passed over the building to the left of the umbrella, he was running around the house, to follow it up, but he couldn’t find the object anymore in the sky.The witness was stunned! The witness said that the object was flying either really high or it wasn’t so large, but he could clearly see it with his eyes. If he wasn’t watching the sky or if his eyes were not good, he wouldn’t have accidentally seen the object. The witness also thought if it was the ISS, a Satellite or similar, but those kind of objects, you wouldn’t be able to see it in such bright daylight with naked eyes.” 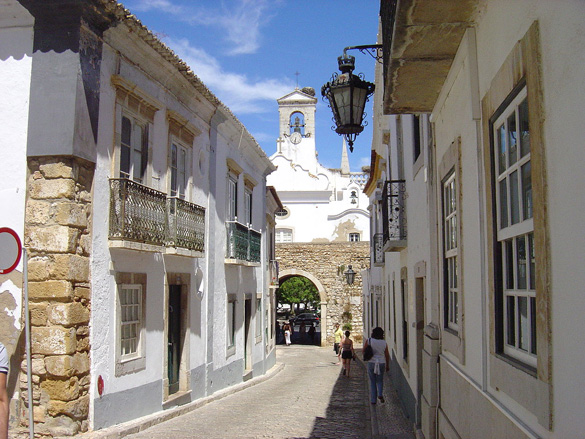 A view along the narrow streets of the old quarter. (Credit: Wikimedia Commons)

The investigator concluded the case.

“The witness appears to be professional and reliable. Having been a long time pilot – over 15 years – he is very specific with his calculation and conclusions. After my investigation I came to conclude the disposition of UAV.”

Faro is a municipality, southernmost city and seat of the district of the same name, in the Algarve region of southern Portugal, population 64,560.