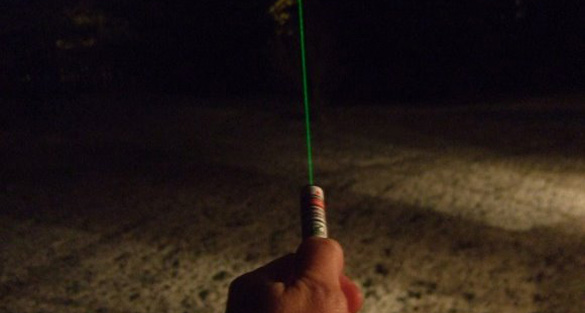 This week the former president of a pilots’ association in Australia warned UFO hunters of the dangers of using laser pointers when looking for UFOs. His comments were in response to a post on an Australian UFO hunter’s website that claims UFOs respond by “powering up” when lasers are pointed at them.

Alan Ferguson is a ufologist in the town of Acacia Hills in the Northern Territory of Australia. According to his website, last week he used his method of shining lasers at UFOs and the space craft increased in size by five times before shrinking into a little dot. He wrote, “They often respond by powering up as they show us starseeds they are looking over us.” 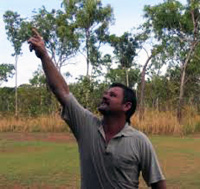 Ferguson enjoys the interaction. He says, “It was such an uplifting event, I felt so good after it.”

Ferguson’s hobby raises some concerns for Barry Jackson, a pilot and the former president of a pilots’ association. He says that planes in flight will probably not be affected by the laser. However, it can be extremely dangerous for airplanes during landing.

He told NT News, “Most aircraft are landed manually. The pilot is doing all of the work and they need night vision.”

By shining lasers at airplanes there is the risk of the laser penetrating the cockpit and blinding the pilot. Jackson says, “It could have a catastrophic effect … an accident could occur.”

Ferguson told Australia’s Herald Sun newspaper that he agrees with Jackson. He says people who shine lasers at airplanes are idiots and should have the book thrown at them.

“All my associates are very professional in what they do and can see the difference between a UFO and a plane,” explains Ferguson. “Even you would see the difference, no comparison. Especially when they just appear then move off then stop again, no planes do that.”

He further explains that UFOs “are intelligently controlled and (do) not always move across the sky, sometimes stopping, sit there flashing then shoot off in a blur.”

The penalty in the Northern Territory for shining a laser pointer at an airplane is four years in prison. Pilots in nearby Darwin last week reported being flashed with laser pointers. The perpetrators were not found.

Ferguson says he did have UFO hunters visiting him and they did spend time outside looking for them at that time, but he says none of them had lasers. He told the Herald Sun, “I don’t even have a laser myself as I don’t have the time these days due to working long hours.”

Airplanes can appear to fit the characteristics ascribed to UFOs by Ferguson. With the danger of going to jail, or even worse, causing an accident, UFO hunters should think twice before shining a laser at something they see moving in the night skies.