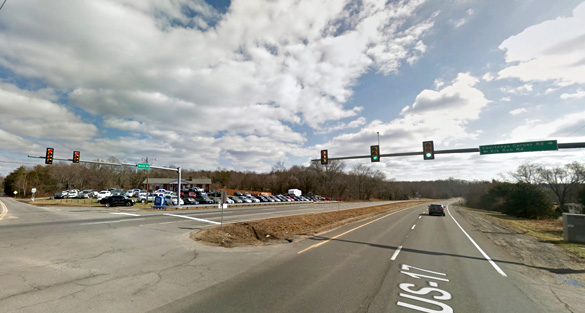 A Virginia witness at Sumerduck recalled a rectangle-shaped UFO hovering 200 feet over a car dealership during a 1993 incident, according to testimony in Case 76664 from the Mutual UFO Network (MUFON) witness reporting database. 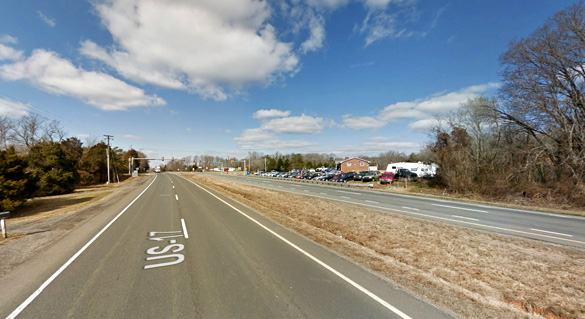 The 1993 UFO sighting occurred at the intersection of US 17 and County Route 634, pictured, where the object was hovering 200 feet over a car dealership. (Credit: Google)

“I was returning home from Thanksgiving Day weekend in Maryland with my wife,” the witness stated.“We lived about 1.3 miles from this intersection. The lights hovered for about two minutes as we stopped to observe them. Then they slowly moved northeast and disappeared from sight in another two minutes.” 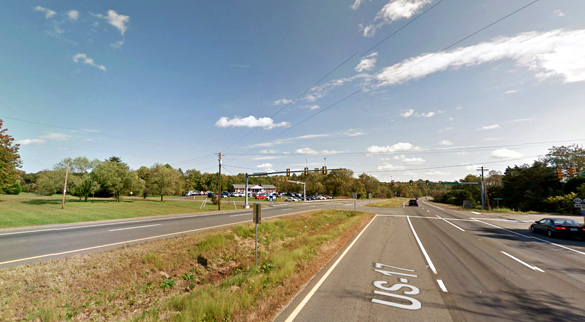 The UFO hovered at this location for about two minutes. (Credit: Google)

The witness is a private pilot and stated he had never seen anything like this before.

“We were about 100 feet to the west of the dealership while observing this. Both my wife and I heard no sounds emanating from the craft. While approaching the intersection in a southeast direction our initial thought was that it was helicopters from Quantico Marine Base, but that was very quickly dismissed as there was no sounds coming from the object and it was way too big to be a helicopter. Both my wife and I have the hairs on our bodies standing straight up during the incident. The rectangular light pattern was approximately 40 feet by 80 feet. The light pattern did not change during the whole incident.” 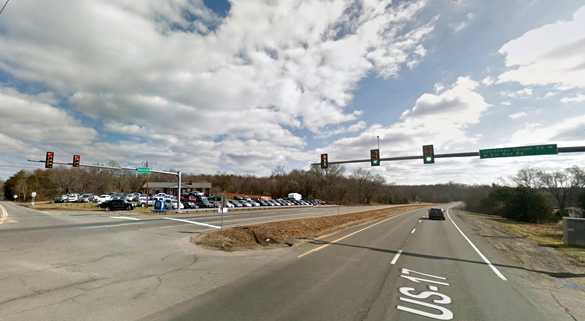 The witness was about 100 feet from the intersection, pictured, when the incident occurred. (Credit: Google)

Virginia Field Investigator Victor B. Rodriguez is investigating. Sumerduck is a small rural village located equidistant between Fredericksburg, Culpeper, and Warrenton, in Fauquier County, Virginia. Please remember that most UFO sightings can be explained as something natural or man-made. The above quotes were edited for clarity. Please report UFO activity to MUFON.com.