Home / Articles / Phoning ET might be hazardous, warns scientist
It isn’t a new concept, other scientist have posed the question as to whether or not we should seek to send out transmissions to possible cosmic neighbors, fearing that perhaps the advanced civilization that receives our message might not be so nice.

I was watching a television show, alright, it was a cartoon, and a scientist on the show was excited because he finally discovered how to send inter-stellar messages to other planets. He began sending out a transmission stating that we are friendly earth people and we want to meet our galactic neighbors. The next scene is aboard an alien spaceship. An insect looking creature at a control panel tells his boss that he has received a transmission from a nearby planet, and the boss tells his insectoid underlings to change course in an intercept with this planet so they can conquer it and steal its resources, thus the epic battle of Heroman begins.

No this isn’t a review for Heroman, this cartoon’s scenario is similar to the one famous scientist Stephen Hawking warns about in his new documentary called “Into the Universe”. It isn’t a new concept, other scientist have posed the question as to whether or not we should seek to send out transmissions to possible cosmic neighbors, fearing that perhaps the advanced civilization that receives our message might not be so nice. Hawking points out what happened to the natives when Columbus found the Americas.

The question of whether or not we should fear sending out messages was posed to Astrobiologist Dr. Paul Davies recently on Open Minds Radio. Davies has been a part of recent projects to send out messages. He believes that there is no danger, because these civilizations, if they exist, would most likely be so far advanced that they would already be aware of our presence and wouldn’t need us to tell them. 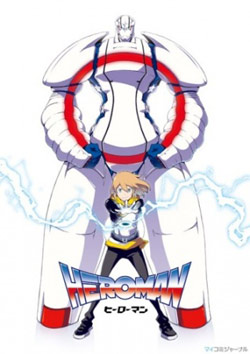