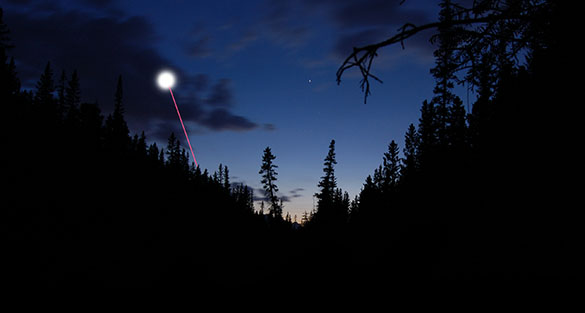 A Cumberand County, PA, witness reported an unusual series of “huge, bright, round lights” beaming to the ground level near her property with no sound that appeared to get her dog’s attention, according to testimony in Cases 82026 and 82029 from the Mutual UFO Network (MUFON) witness reporting database. 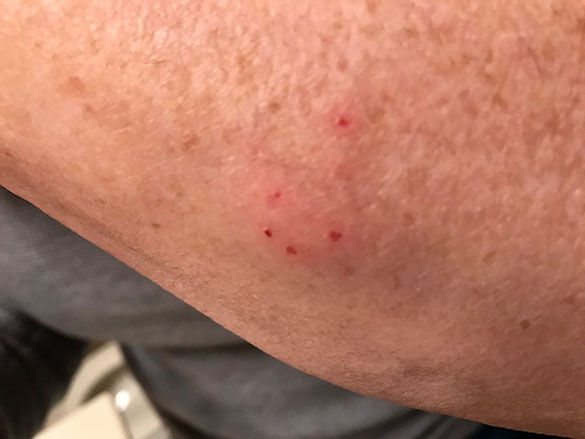 “I sleep soundly,” the witness stated.“My dog started barking which woke me up around 1:30 a.m. I thought she had to use the bathroom, so I took her outside in the backyard. The backyard has an in-ground pool and fence. Behind the backyard is a 12-acre common area. At the end of this common area is a wooded section with lots of trees. My dog ran to the left corner of the house facing the front yard/street and was barking. She ran to the right corner of the house facing the front yard/streetand was barking. She repeated this four times until I finally stopped her and brought her inside the house.”

The witness first considered conventional reasons that might be causing the dog problems.

“Each time she was barking, she never did go to the bathroom. I thought maybe she heard someone in front of the house or sometimes we have deer that cross through our development.”

From inside the house, the witness looked out a front window and saw a “huge, bright, round light.”

“The light was extremely bright similar to an LED light, but the light was yellow in nature. The light had defined edges, no overspray of light. I walked outside onto my front porch to see if I could get a better view. There were no sounds or noises. I walked back into the house and watched from the front window.”

The witness then saw another beam of light. 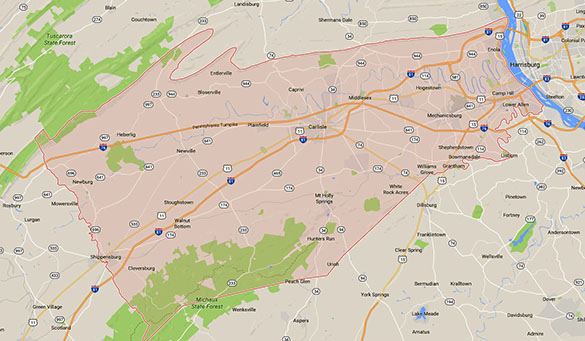 The witness first thought that maybe the lights originated from a plane.

“But there was no sound of motors or anything. I wiped it out of my mind, until I witnessed another light on January 7, 2017. Now, I am convinced there is something to these experiences.”

“Again, my dog awoke me in the middle of the night,” the witness stated.“This time she was whimpering. Again, I thought she had to go to the bathroom, so I took her outside in the backyard. She immediately ran around the pool four times, without ever stopping to go to the bathroom, and then stopped in the middle of my yard. Facing the field behind my backyard, the dog stopped.”

At this point a bright light appeared at the end of this field.

“It was perfectly round and was about the size of a house. The light was hovering slightly above the trees. There was no origination point – either above, below, left or right – to this light. The light tiled downward and, at that point, the light appeared to be oval-shaped. The edges of the light were defined, with no shadows or extending light from it. There were no noises or sounds. As a matter of fact, everything was unusually still and very dark that evening.”

The witness became frozen and mesmerized by this light source.

“My dog was also frozen – she did not move. The light lasted approximately seven seconds and then disappeared quickly. As soon as the light disappeared, my dog ran to the front of the fence facing the front yard/street, and began growling. She growled four separate times and then stopped. I immediately called for her and we went into the house. When I came inside I checked the clock. It was 2:24 a.m. I looked out the front window to see if I could see anything or to justify why she was growling. I did not see anything, but I did not go outside in the front yard. Honestly, I was scared at that point.” 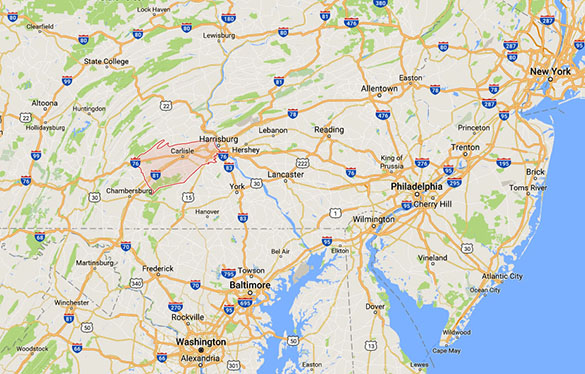 The witness has reported two encounters with lights beaming to the ground. (Credit: Google)

But when the witness woke the next morning, her left forearm felt sore.

“I brought my dog downstairs and then looked at my arm. It was bleeding, swollen and red. The area that was swollen was about the size of a golf ball. Within this swollen area were four ‘bite marks.’ The four red ‘bite marks’ were positioned to look like a smile. Above this ‘smile’ is one additional ‘bite mark’ which is located above and in the center of the four marks. The swelling is down and the redness is gone. However, as of February 12, 2017, there is still one red ‘bite mark’ on my arm. The spot still itches and is slightly raised. It feels like something is under this spot. When I awoke from sleeping, I realized I had fallen into a deep sleep. While it appeared as though I slept for a very short time, I felt as though I was completely rested. One final thought. Everything during this event occurred in fours.”

Pennsylvania MUFON Field Investigator Jason Akers is investigating.Please remember that most UFO sightings can be explained as something natural or man-made. The above quotes were edited for clarity. Please report UFO activity to MUFON.com.