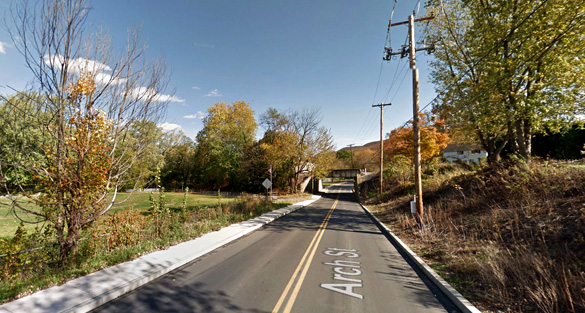 Pennsylvania witnesses in Lycoming County reported watching a low flying, triangle-shaped UFO that silently moved toward them before disappearing, according to testimony in Case 69691 from the Mutual UFO Network (MUFON) witness reporting database. 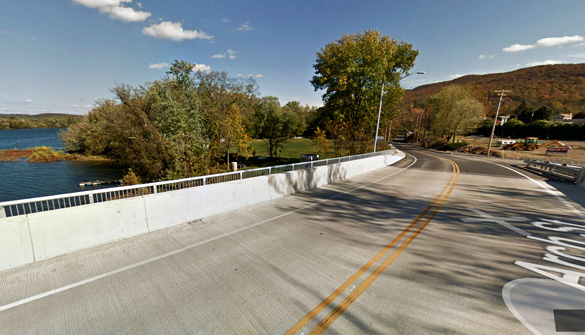 The witness first saw the triangle about one mile from his home hovering at the tree top level. Pictured: Lyoming County, Pennsylvania. (Credit: Google)

The reporting witness and his wife had just finished a dinner party about 9:50 p.m. on August 22, 2015, and were walking their two guests out to their vehicle on the driveway when the object was first seen.

“After hugging goodbye,” the witness stated, “my wife looked up in the sky and asked, ‘What is that? I quickly followed her gaze, and down the road about a mile, hovering above the tree line was a triangle of lights just sitting there, hovering.”

“After a few moments it rotated as one unit slightly to the right, and then began to get larger, like it was coming toward us.” 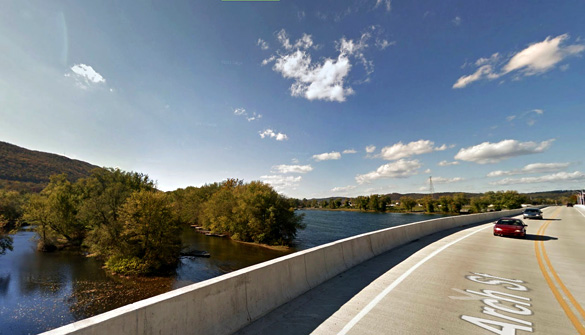 The object moved slowly toward the witness where he was able to see the outline of a triangle shape. Pictured: Lyoming County, Pennsylvania. (Credit: Google)

There was also one conventional object in the sky.

“Off in the distance we could see a passenger plane in the sky with its light blinking, and it was on a trajectory that took it toward the UFO, though it was much further away and higher in the sky.”

The lights on the unknown object had unconventional lights.

“The lights on this triangle were unblinking and orange/red. As it came closer to us and got larger, I began to see the outline of a triangle, with the three points lit up by these orange/red unblinking lights.”

The witness began shouting for someone in the group to take pictures or video of the object.

“From behind me, I heard our female friend say that the lights weren’t showing up on her camera phone. She was trying to take a video but the lights would not show up on her screen. So we stood there for about three minutes just watching this triangle as it appeared to come closer to us at an extremely slow rate of pace.” 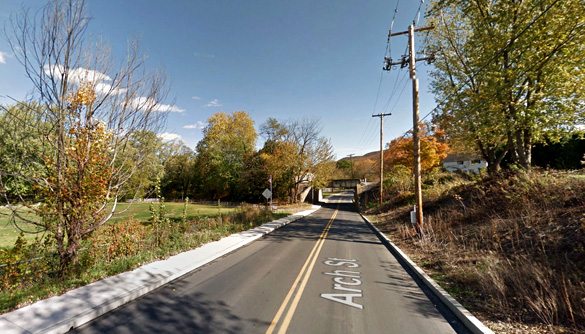 The lights on the object did not blink and were an orange-red color. Pictured: Lyoming County, Pennsylvania. (Credit: Google)

“It was positioned so that there were two lights on top and one light on the bottom. The bottom light began to fade away, and with it, the outline of the triangle. About 20 seconds after it faded, the top right light faded and more of the triangle disappeared. Twenty seconds after that the top left light faded and it was gone. We stood there for a moment catching our breaths and looking at one another in stunned silence.”

The witness and his wife then left the area to pick up their daughter from work.

“All the while I kept my eyes trained on the sky since I was in the passenger seat, but we did not see anything else for the remainder of the night.”

Lycoming County is a county located in northeastern Pennsylvania – the largest county in the state which includes the city of Williamsport. Please remember that most UFO sightings can be explained as something natural or man-made. The above quotes were edited for clarity. Please report UFO activity to MUFON.com.