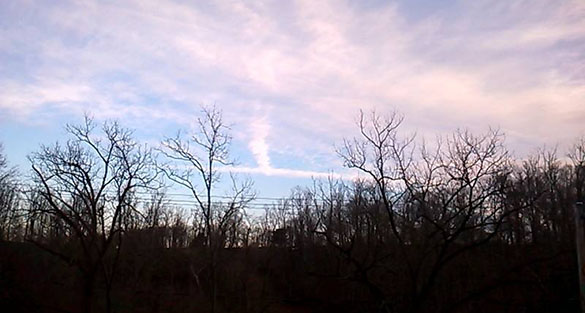 A Pennsylvania witness at Elverson reported watching a “metallic craft” moving out of a cloud formation that quickly split into two where each object then moved away in opposite directions, according to testimony in Case 81049 from the Mutual UFO Network (MUFON) witness reporting database. 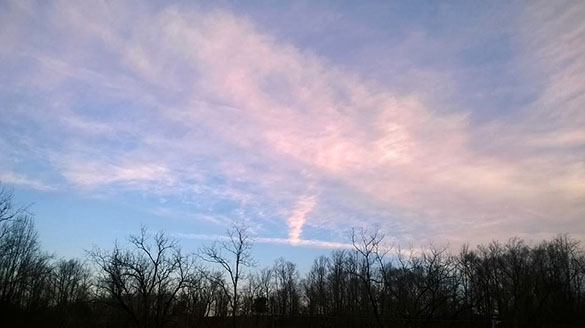 “I was sitting on porch and I heard this ‘jet sound,’ just like the gas burner of a hot air balloon,” the witness stated.“ And I looked left, to the west and I saw this silver-gray, circular object come down from this group of clouds. There were no other clouds around, nothing but blue sky, except for this cluster.”

The witness immediately stopped and turned to look at the event. 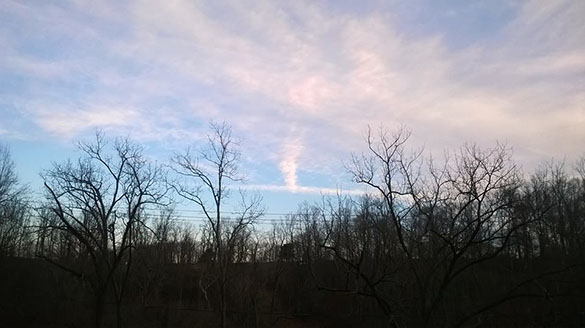 “It stopped and the aircraft split; and one headed due west and the other went due east towards me. I saw the metallic reflection of the craft that came towards me, because the sun was coming up. After 1-2 seconds, both craft disappeared into thin air, only leaving its exhaust or ‘trail.’”

The witness then ran into his house to get a phone to take pictures of what was left.

“At that point, the cloud cluster and trails were directly north of me and moving east. As I studied enlargement on my computer screen, I can see a circular, semi-white cloud ‘burst’ amidst the gray cluster above, almost like the burst pushed the clouds out into a circle and the object came down out of the clouds before it separated into two.” 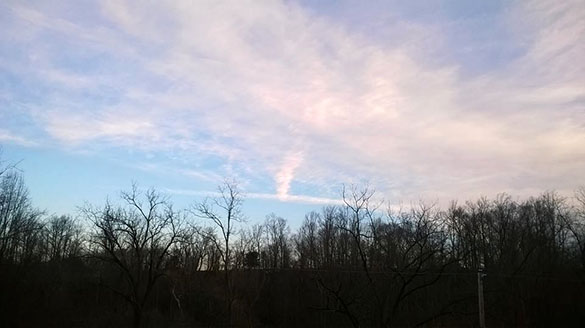 The sighting frightened the witness.

“Scariest thing I’ve ever seen. I just couldn’t believe my eyes. I see all kinds of weird things out here where I live, but can never get photos in time. But this morning, I got it; well, the latter part of it, anyway.”

Elverson is a borough in Chester County, Pennsylvania, population 1,225. Pennsylvania MUFON State Section Director Julia Weiss investigated this case and closed it as an Unknown. 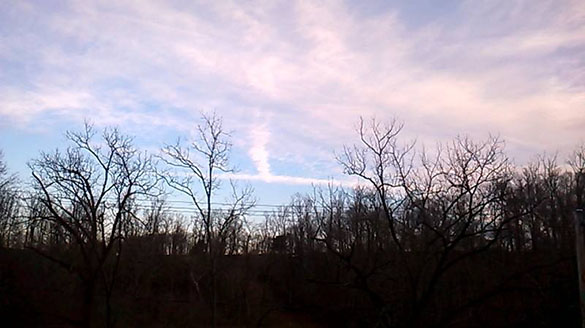 “The sighting is unknown because it came out of a funnel cloud and then split into two objects, leaving vapor trails,” Weiss stated in her report.“The round object and sounds is not consistent with military jets and-or anything I can think of.  The actual funnel cloud disappearing right after the objects split in both directions is also quite puzzling. The cloud, if itself a vapor trail, would remain. I am deeming this sighting unknown.”