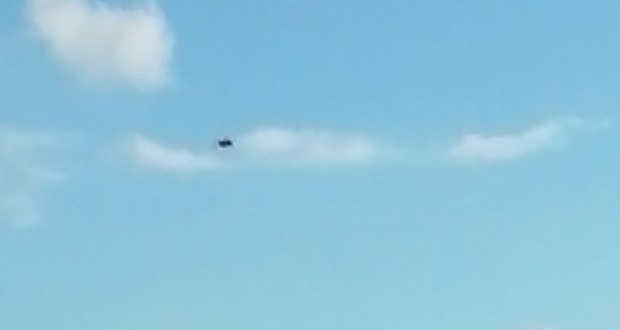 Witnesses in Potter County, PA, report capturing a UFO in a photograph taken about 4:43 p.m. on October 1, 2014, according to testimony in Case 60310 from the Mutual UFO Network (MUFON) witness reporting database.

“My daughter and I were going to town and decided to take a couple of fall pictures with my phone,” the reporting witness stated. “The two pictures I took were less than a minute apart – maybe 5-10 seconds. The first picture, there is nothing in sky, just weird smoke circles noticed by my mother when we were looking at the pictures. The second picture has an object in it that we cannot explain.” 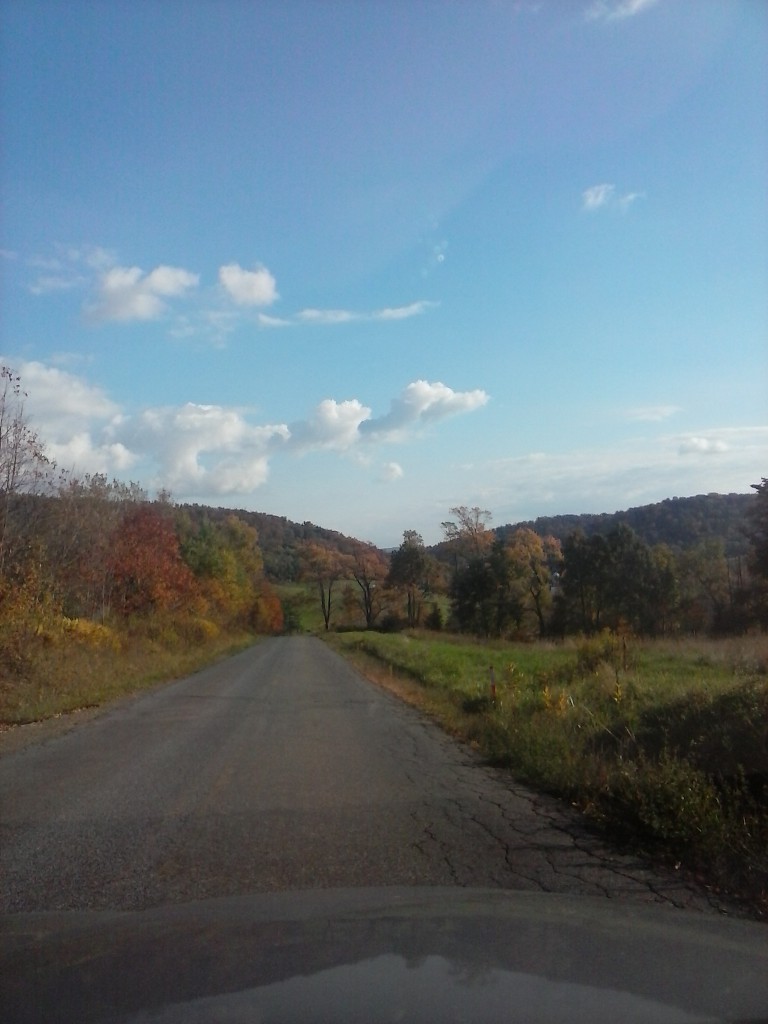 “We do not know where it came from. It was large enough to show a reflection on my car hood – shown in the pictures.” 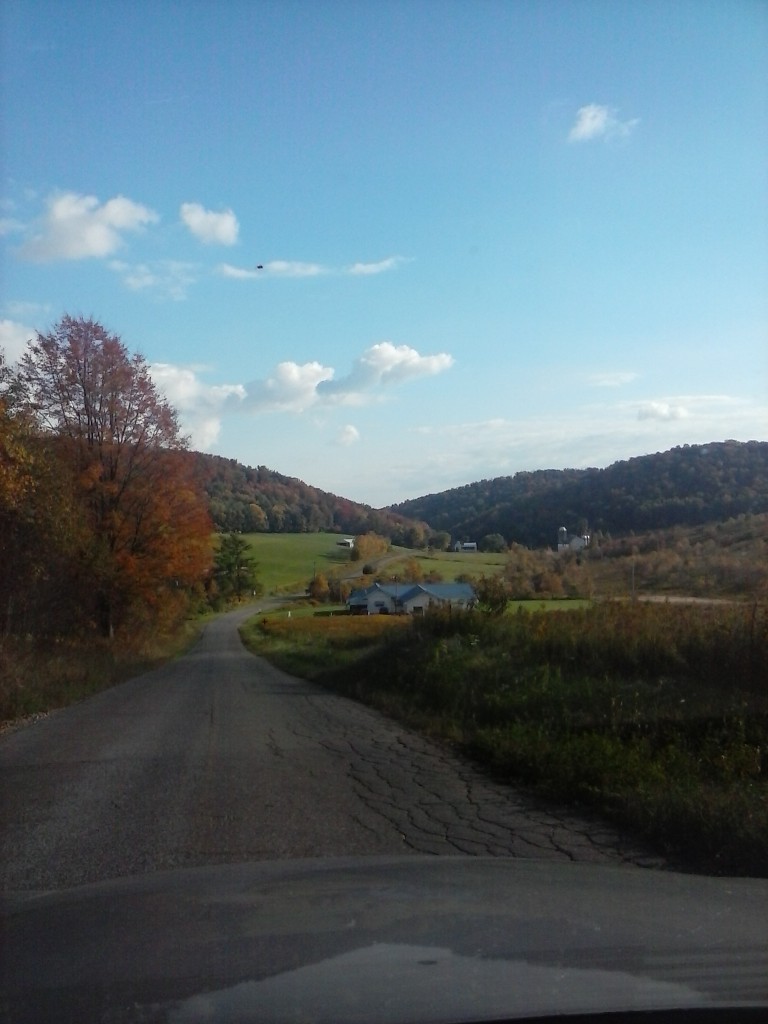