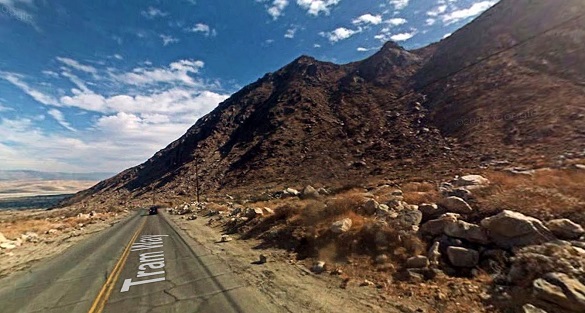 A California witness at Palm Springs reported watching a large, red glowing object 400 feet from the top of a local mountain with a helicopter hovering nearby, according to testimony in Case 81924 from the Mutual UFO Network (MUFON) witness reporting database.

The witness was outside in a front yard checking a security camera at 6:50 p.m. on February 4, 2017, when the incident began.

“We have the Palm Springs mountain directly across from our home and often look up at it when the moon is out because of the glow from the moon on the snow I enjoy,” the witness stated.“What I saw first was a helicopter flying around the top of the mountain by the aerial tramway. We get request reports of missing hikers on the mountain and when I saw the helicopter shining a spotlight on the mountain, I thought they were looking for someone.” 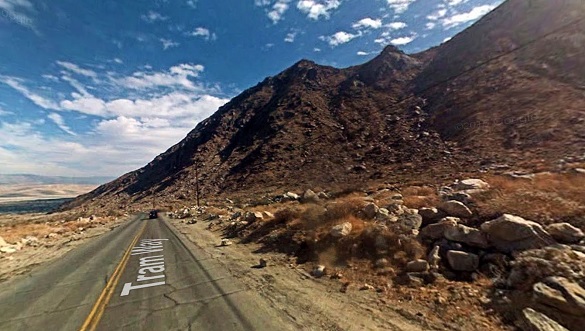 The witness noticed a helicopter hovering near the top of the mountain from his home in Palm Springs. Pictured: Palm Springs Tramway area. (Credit: Google)

The witness then went inside and asked his wife to step outside for a look.

“I was in the Marine Corp with a helosquadron as a medic and got to see quite a few different styles of helicopters, so I knew what I was looking at, especially after I heard the rotors of the helicopter and the searchlight. I then went inside and got my field telescope to see what was going on.”

The witness noticed that the helicopter seemed very focused on one particular area, but did fly around to different spots.

“The area they focused on when I zoomed in on the area, I saw a large, red sphere that remained on. The helicopter never shined the light directly on the object, but behind and to the right side of it. I assumed it was a team of people, maybe rescue crews, looking for others? I made a comment to my wife about how skilled this pilot must have been. I had an outstanding view of the helicopter even at 7 in the evening and because it really isn’t that far from our home.”

The pilot remained absolutely still in midair over the object for very long periods of time without moving at all – completely stationary. 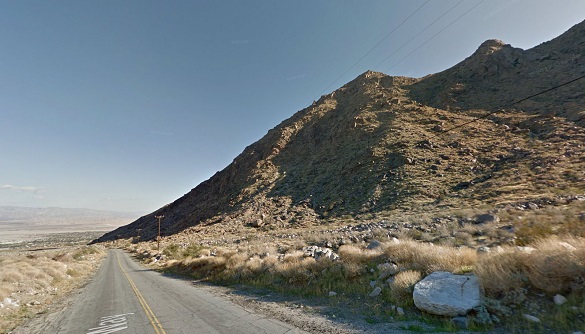 The witness noticed a red glowing object on the ground below the helicopter. Pictured: Palm Springs Tramway area. (Credit: Google)

“That was on the side of the mountain about 10,100 feet up, 400 feet from the very top of the mountain by the tram itself. My wife had a few looks of it too and we still were wondering what on earth was going on up there. I made a few comments as time was going by like how very strange this all was. Was this a downed plane?”

The witness then brought his tripod and telescope closer to end of the property in the front yard to get a closer look.

“To my absolute astonishment, as I was looking at the helicopter shining the spotlight again, this sphere changed different colors. First white, then light blue, then red again and paused changing colors. With my wife right beside me and as I was looking through the scope, the red sphere changed shape, flattened like a pancake and from the exact spot it was on, flew straight to the right due north with the helicopter observing it. It traveled about a quarter of a mile and then stopped changed direction and traveled due south and disappeared out of view.”

The witness observed that the object was not flying fast at all, but more like a controlled glide.

“I observed it flat from the side, but as I was able to keep it in view with the telescope, I could clearly see three lights, two brilliant red (like rubies) at the front and rear, and a smaller white light on the side. The object appeared to be see-through and triangular in shape and when observing it, it had a dream-like quality to it. It was exceptionally beautiful to look at and it never made a sound. As I’m writing this, seeing how it happened less than two hours ago, I’m absolutely amazed at what I saw. My wife got to view this object and the helicopter also, but didn’t see the object change color or shape as I witnessed.”

The witness says he has mixed feelings about the incident, but “shock” comes to mind.

“I never thought in a million years that the red object that we were observing would actually take flight and fly away. We lost sight of it as it went behind the lower edge of the mountain going south with the helicopter still flying around the top of the mountain by the tram. I wonder now, were they looking for occupants on the side of the mountain?” 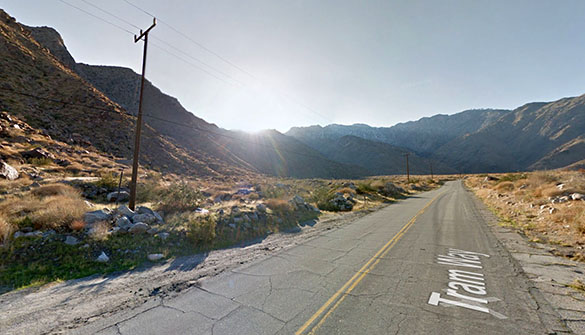 The witness observed that the tram on the side of the mountain seemed to have stopped during the incident.

“Palm Springs Tramway is a very popular attraction during the winter months here. When we were observing the helicopter flying around and then seeing the red sphere, the tramway that runs every 15 minutes with a trolling going up and coming down the mountain, not one cable car came up or down the mountain. Chances are for the length of time we were looking we would have seen one of the cable cars or both. Also during the entire event through the telescope, we saw different teams of people with high powered flashlights trying to get over to where the helicopter was shining the spotlight by this object. But with the recent snowfall from storms, they weren’t having much luck, or so it seemed.”

Southern California MUFON State Director Jeff Krause is investigating. Please remember that most UFO sightings can be explained as something natural or man-made. The above quotes were edited for clarity. Please report UFO activity to MUFON.com.